“You wouldn’t believe that the musicians were able to play the whole program without scores, that they were making music by heart.”

‘Divine Geometry’ explores the fascinating connections between Baroque music and minimalism, and exemplifies the Baltic Sea Philharmonic’s unique way of giving audiences a fresh perspective and a new kind of concert experience. The programme connects the past to the present by merging Baroque sensuality and minimalist modernism. It begins with one of the supreme monuments of the Baroque era, Bach’s Chaconne from the Partita No. 2 in D minor for solo violin, BWV 1004, in a contemporary orchestration by Arman Tigranyan. Music by another Baroque great, Handel, has been given a sparkling reinterpretation by conductor and composer Kristjan Järvi in Too Hot to Handel. Drawing from Handel’s Op. 3 and Op. 6 concerti grossi, this piece bridges orchestrations of Handel with original music by Järvi, and includes electric bass and electric piano in the scoring. ‘It’s kind of a Handel journey,’ says Järvi. ‘I hope that audiences don’t see it as an old piece, but as a new piece by Handel, just written in the 21st century.’

The Baltic Sea Philharmonic’s programme adds another minimalist icon into the mix – Steve Reich. His Music for Ensemble and Orchestra (2018) was co-commissioned by the Baltic Sea Philharmonic together with the New York Philharmonic, the Los Angeles Philharmonic, the San Francisco Symphony, the London Symphony Orchestra and the Sydney Symphony Orchestra. Reich’s first orchestral work in more than 30 years, Music for Ensemble and Orchestra. Kristjan Järvi describes the piece as ‘essentially a modern concerto grosso’. He says, ‘Reich and Glass are writing in their own unique languages but you can hear the connections with Baroque music. This whole programme is a juxtaposition of the old and the new, and I think it’s a great marriage.’

Baltic Sea Philharmonic – a revolution in music and culture

The Baltic Sea Philharmonic takes the orchestral concert experience to a new dimension. Every performance is a voyage of musical discovery, as the musicians perform the entire programme from memory, creating a one-of-a-kind artistic journey. Each concert is a unique spectacle of sound, light, visual art and technology, and under the electrifying baton of Music Director and Founding Conductor Kristjan Järvi every performance has a special energy that’s absolutely infectious. But even more than this, as a community of musicians from ten Nordic countries, the Baltic Sea Philharmonic transcends boundaries and has become a movement for bringing people together. Embodying all that is innovative and progressive about the Nordic region, this visionary ensemble is taking the traditional orchestral model further than ever before. ‘It is a living breathing creature, with boundless energy and enthusiasm for the new – an adventure in itself,’ says Kristjan Järvi.

The above text is not to be altered without the Management’s permission. Please replace older versions. 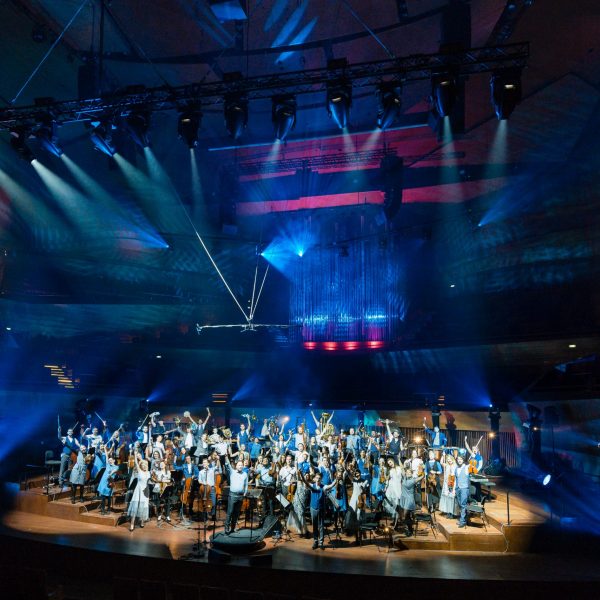