“Elisabeth Kufferath’s brilliance reveals itself in her oneness with her instrument. She imbues both ravishing harmonies and dissonant passages with verve,
binding the compositional structure together with her expressively powerful virtuosity”

A member of the Tetzlaff String Quartet since its inception in 1992, Elisabeth Kufferath has performed on the stages of some of the most auspicious halls in Europe and the United States, including Philharmonie Hall in Berlin, Concertgebouw in Amsterdam, Musikverein in Vienna, Carnegie Hall in New York, and the Library of Congress in Washington D.C. In 2015 the Tetzlaff Quartet was awarded a Diapason d’Or de l’année for their recording of string quartets by Berg and Mendelssohn.

Praised by conductor Heinz Hollinger as “unquestionably one of the most interesting and influential string players of her generation”, she is a player with a wide-ranging stylistic palate, and is coveted as both a chamber musician and soloist.

Elisabeth Kufferath’s repertoire is highlighted by contemporary works. Composers Thorsten Encke and Johannes X. Schachtner wrote works for solo violin and solo viola specifically for her. She gave the world premiere of Jan Müller-Wieland’s Himmelfahrt, a work for solo viola written for and dedicated to her, and the German premiere of Elliott Carter’s Figment IV for viola. She has collaborated with composers including Moritz Eggert, Peter Eötvös, Zeynep Gedizlioglu, Helen Grime, Ling-Hsuan Huang, Libby Larsen, Georges Lentz, Manfred Trojahn, and Jörg Widmann.

Elisabeth Kufferath has been invited to perform at Berliner Festwochen, Schleswig-Holstein Festival, “Spannungen” Heimbach, Schwetzinger Festspielen, Helsinki Festival, Lucerne Festival, Heidelberger Frühling, and the Rosendal Festival in Norway. She has shared the stage with chamber music partners including Adrian Brendel, Kirill Gerstein, Gustav Rivinius, Lars Vogt, Tabea Zimmermann. She spent a season as the Artist in Residence at New Zealand’s Auckland University where she was featured in both recitals and masterclasses.

Elisabeth Kufferath‘s first solo CD Libero, fragile was released in 2017 on the GENUIN label. The disk features contemporary works for solo violin and viola. The recording was nominated for a prize from German Record Critics’ Award and was enthusastically received by the press. Die Welt acclaimed “It is astonishing, the way [Elisabeth] Kufferath pivots between free and fragile, from heavenly chirping tenderness to bearing the earth’s burdens, how many colors and even more nuance her playing expresses.” Her second album, a recording of works by B.A. Zimmermann, Thorsten Encke, Johannes Schachtner, and Peter Eötvös is due for release in the spring.

Elisabeth Kufferath lives in Hannover, Germany with her family where she is professor of violin at the Hochschule for Music, Theater, and Media. Both her violin and viola were built by the German luthier Stefan-Peter Greiner.

Elisabeth Kufferath is represented in General Management by Tanja Dorn at Dorn Music. 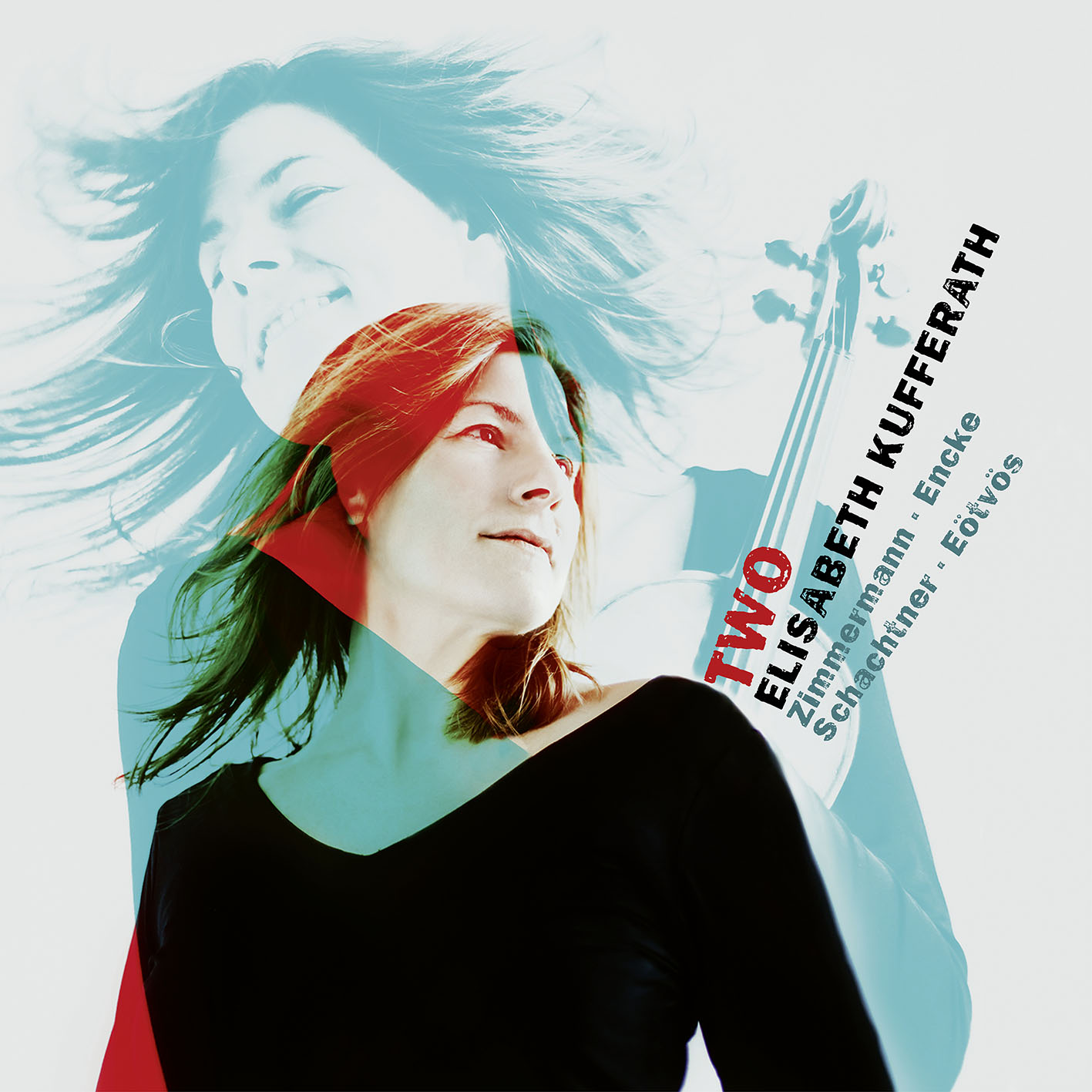 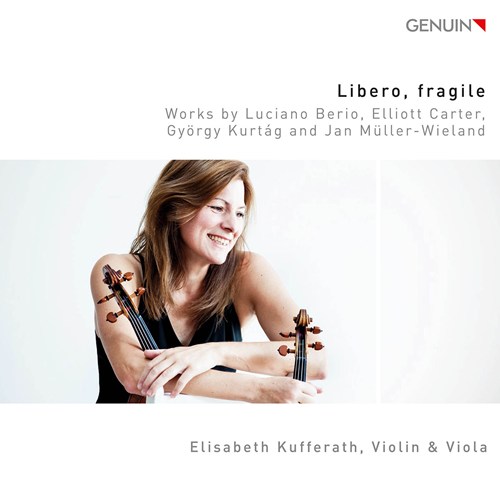 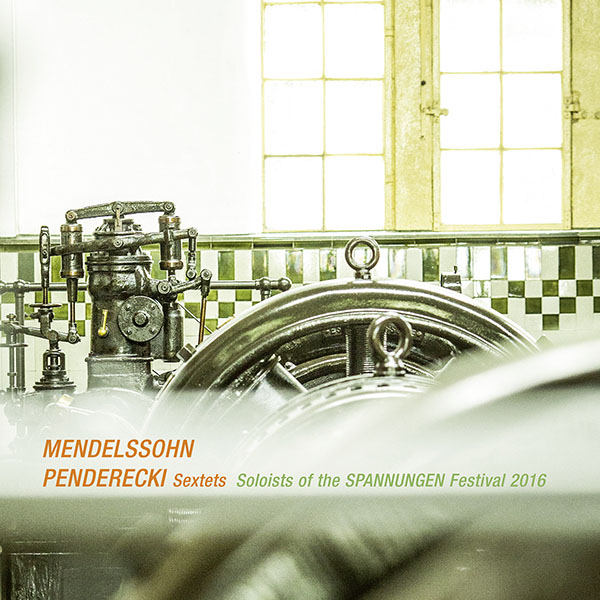 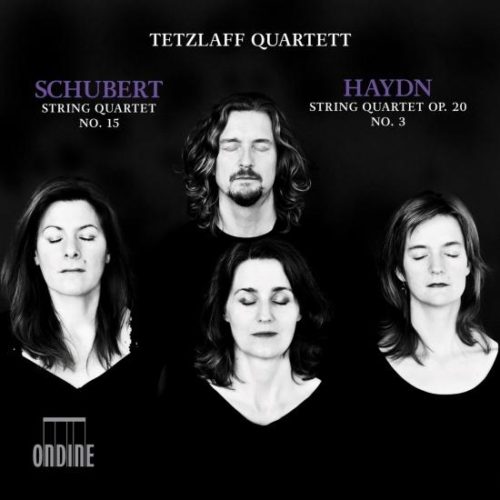 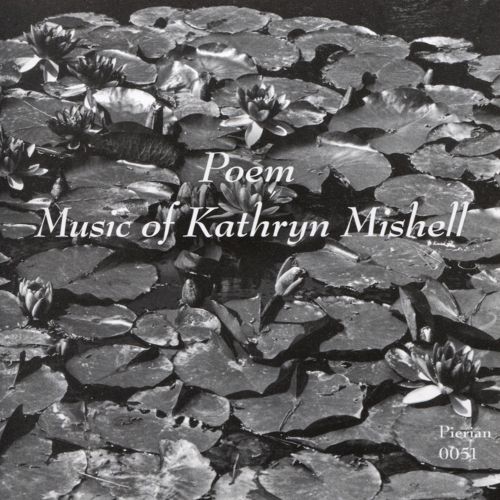 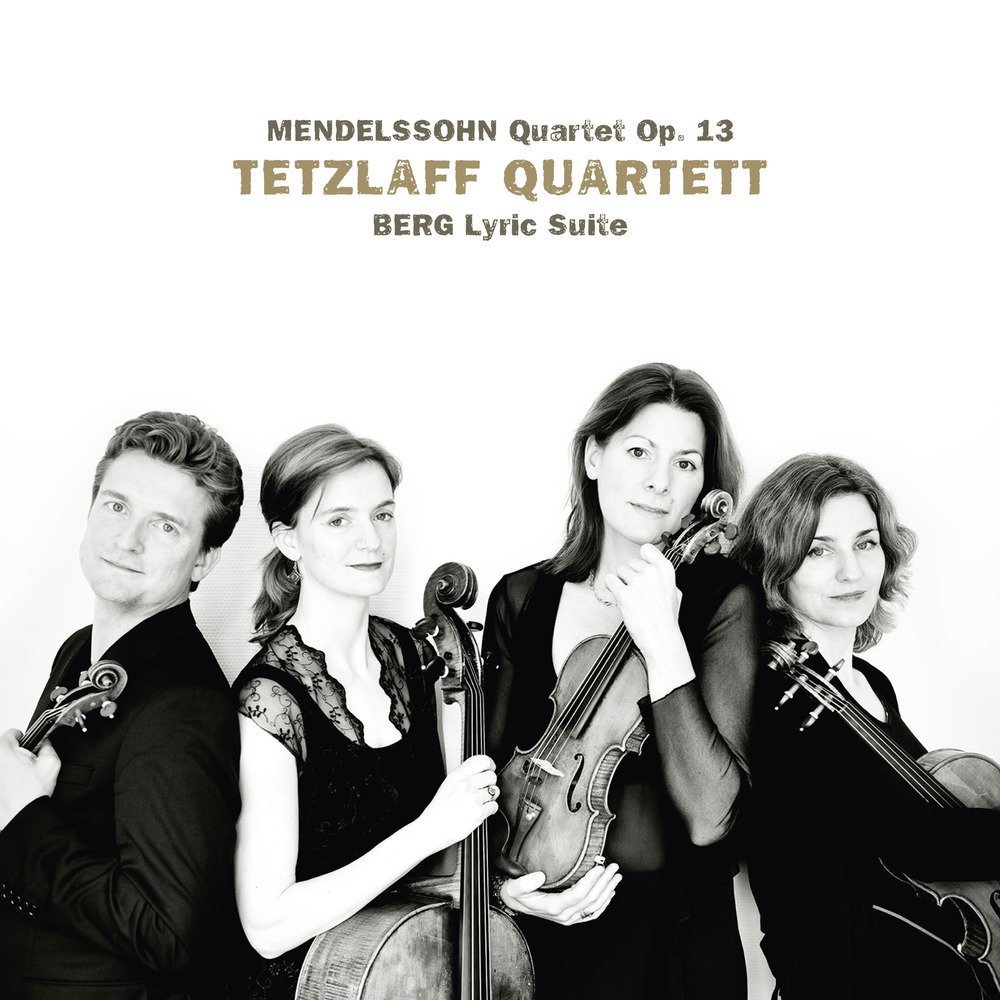 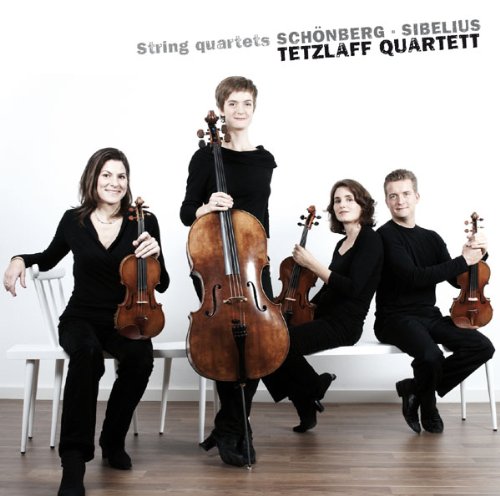 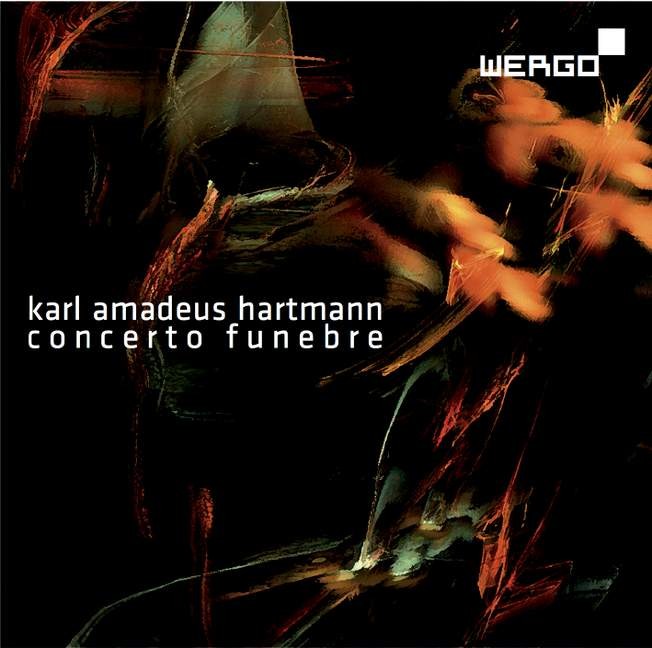 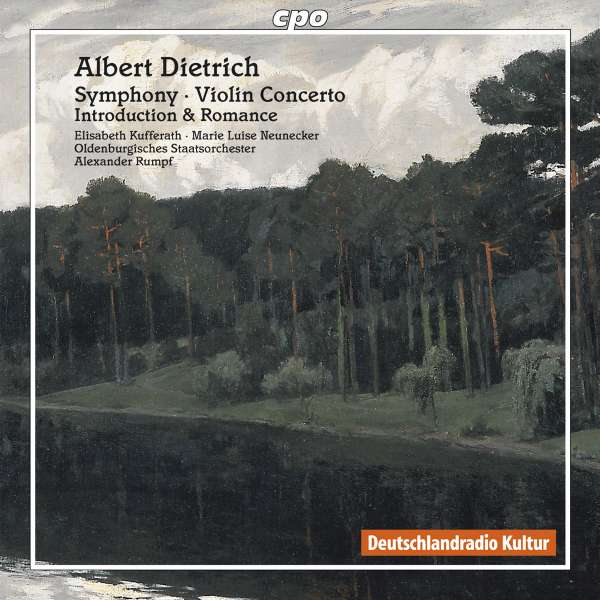 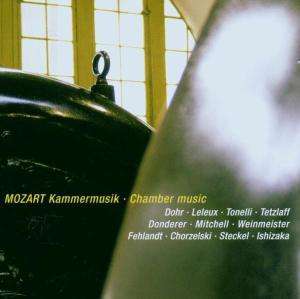 After first collaborating in a performance of Schoenberg’s Pierrot Lunaire, Sarah Maria Sun and Elisabeth Kufferath are now turning to György Kurtág’s mesmerizing Kafka-Fragments op. 24. The song cycle, a duet for vocalist and violinist with music theater overtones, reveals itself as a personal diary for both the composer and his poetic muse, Franz Kafka. 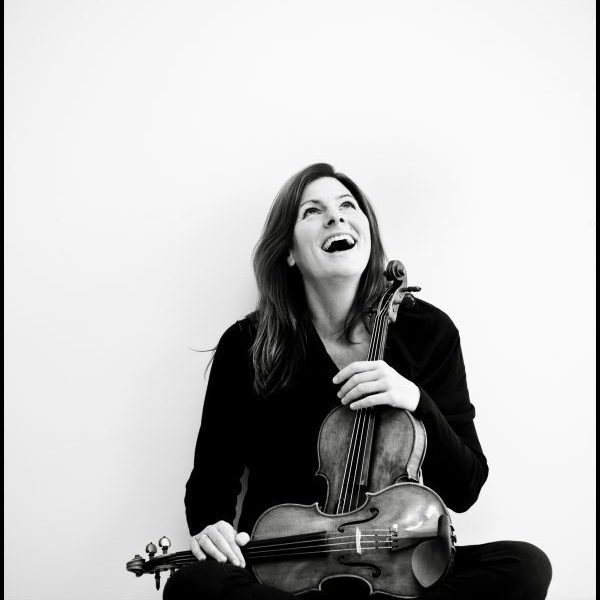 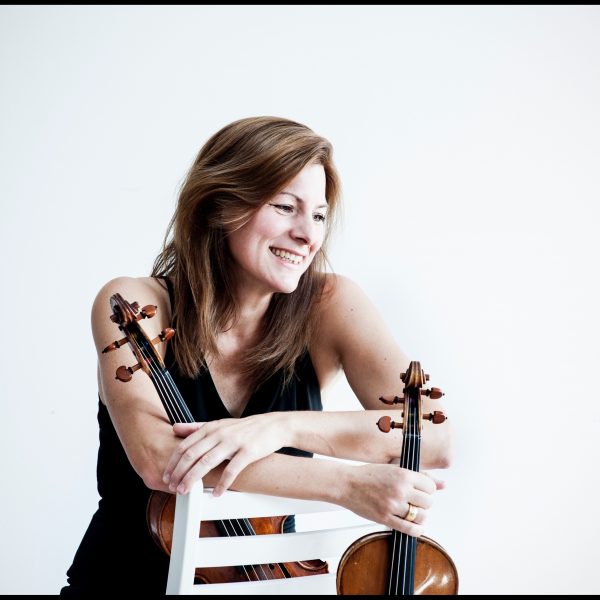 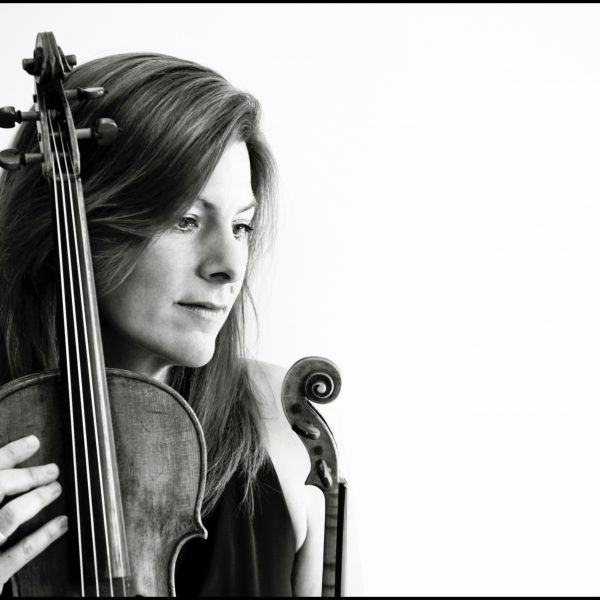 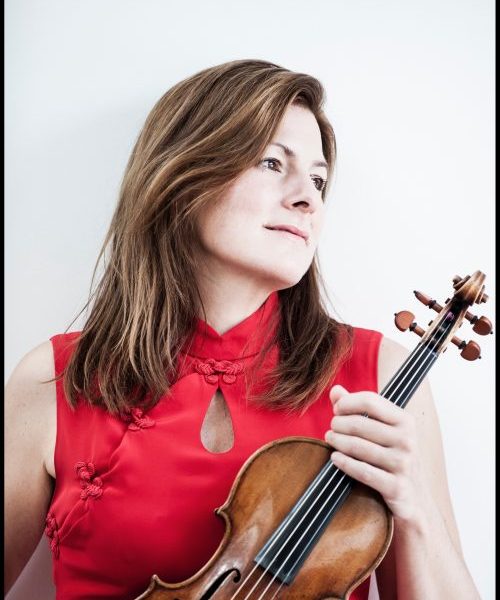 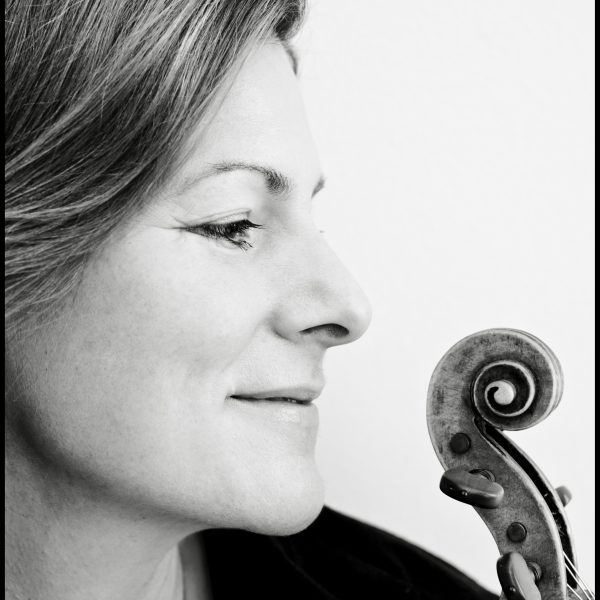 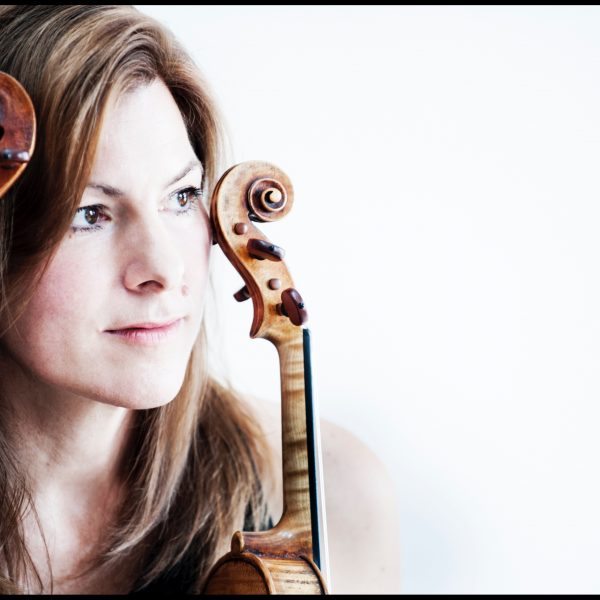 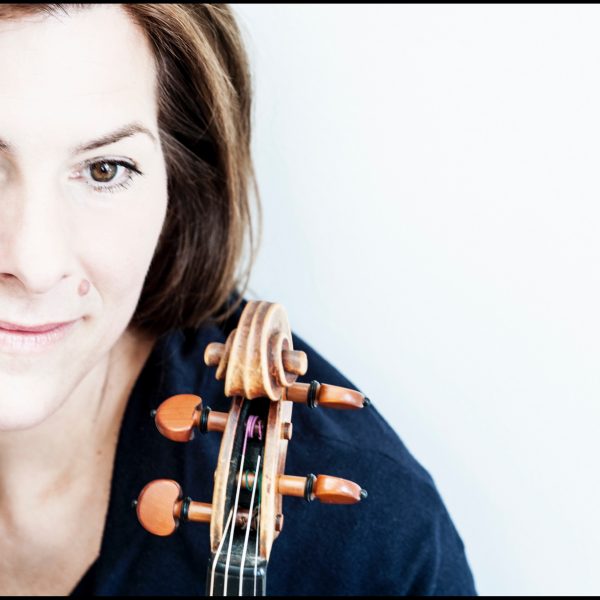 Elisabeth Kufferath: Kurtág, ‘In Nomine-alle’ongherese’ from Signs Games and Messages 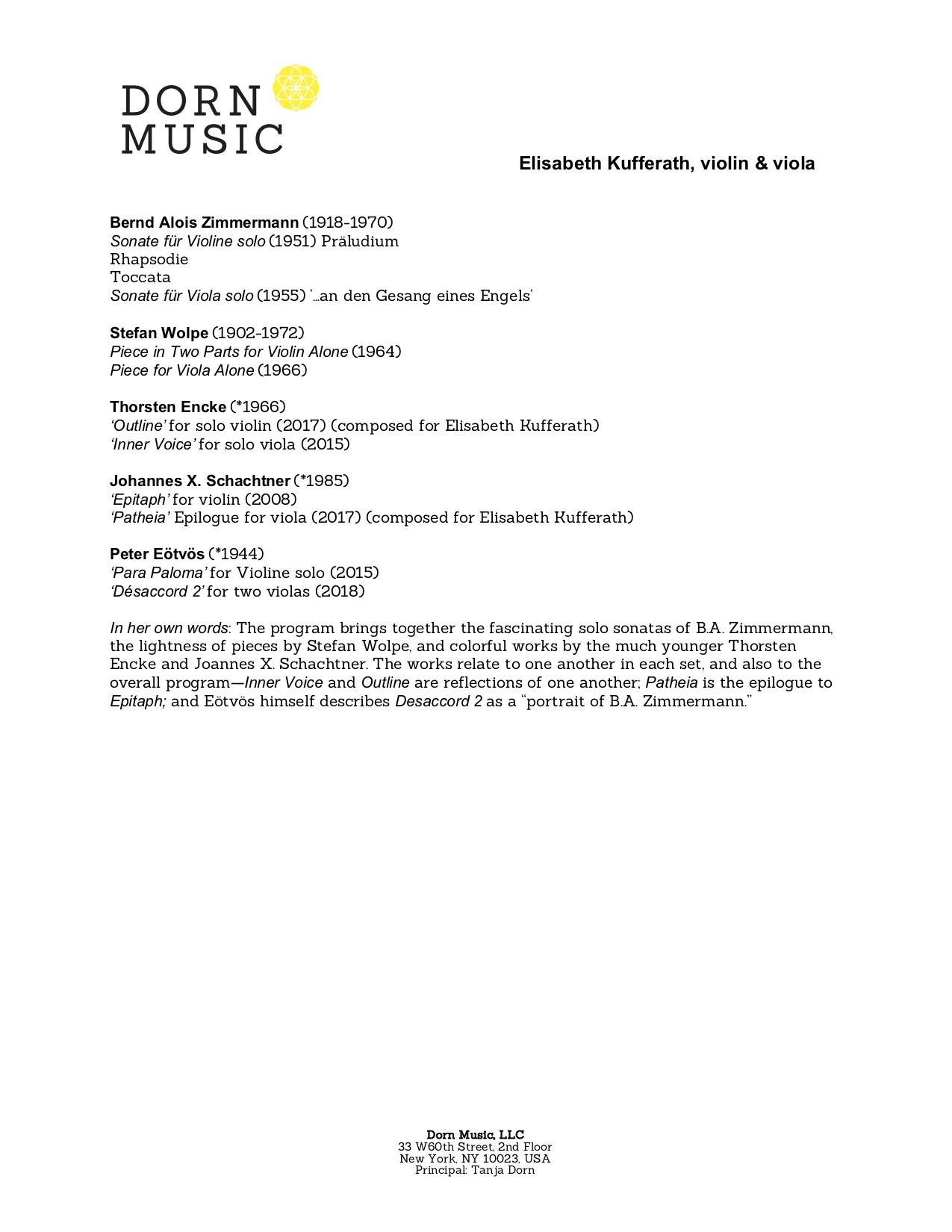 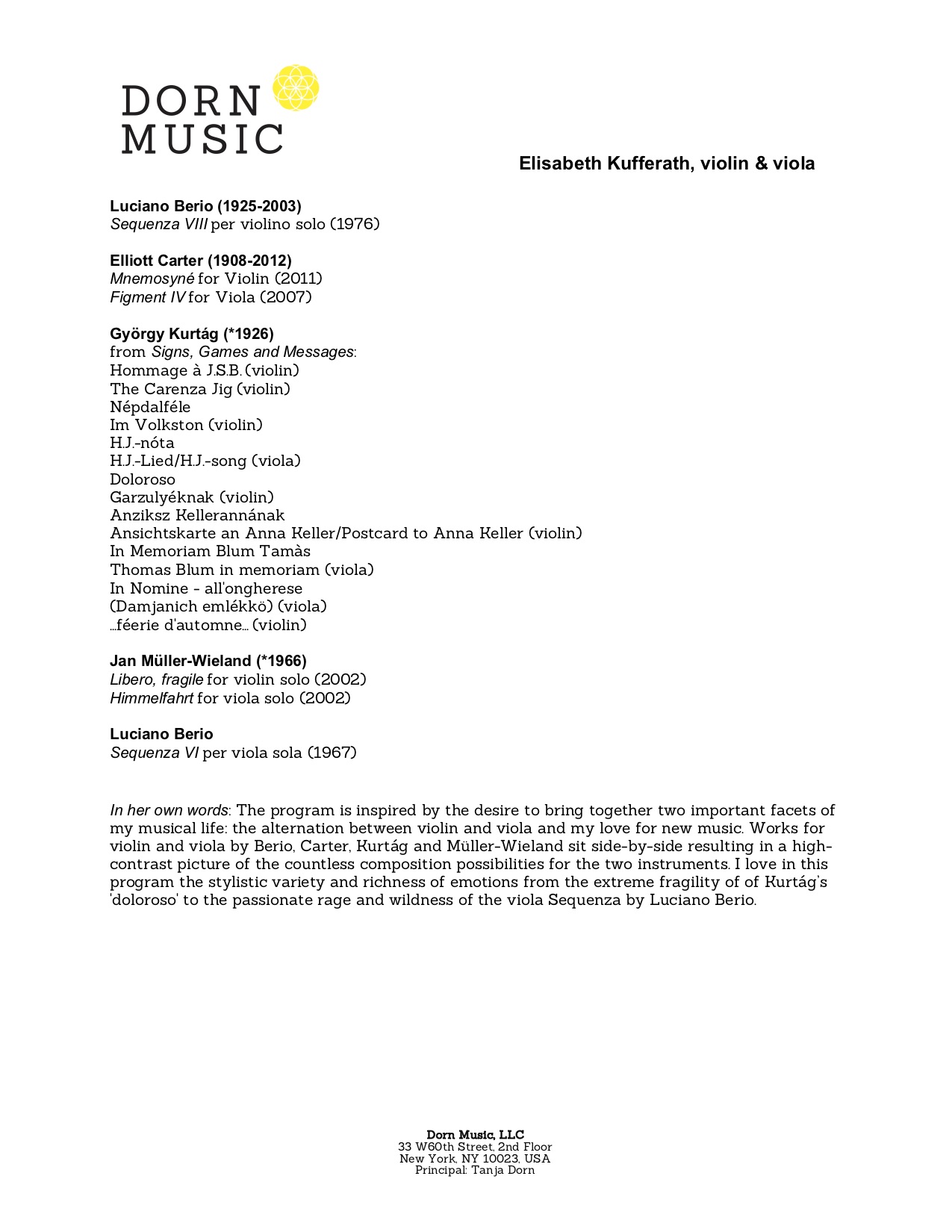