“Describing the Igudesman & Joo humor in detail would be to deflate its brilliance.
For the put-upon Igudesman, think Jack Benny and Jascha Heifetz rolled into one.
For the zany Joo, try an unholy Chico Marx, Vladimir Horowitz and Jerry Lewis mash-up…  two miraculous performers”
(Los Angeles Times)

“Their blend of classical music and comedy, laced with pop culture references and a wholly novel take on the word slapstick,
is fueled by genuine, dazzling virtuosity.”
(The New York Times)

Millions of YouTube viewers can’t be wrong. Well, they can, but in this case they aren’t. On the contrary, with more than 45 million clicks, they’ve turned the inspired lunacy of musicians IGUDESMAN & JOO into an internet and international sensation. In their unique and hilarious theatrical shows, Aleksey Igudesman and Hyung-ki Joo combine humour, classical music and allusions to pop culture. They’ve performed with some of the world’s most famous orchestras, including the New York Philharmonic, the Chicago Symphony Orchestra, the L.A. Philharmonic, the London Philharmonic, the Tonhalle-Orchestra Zurich and the Orchestra dell’Accademia Nazionale di Santa Cecilia, to name but a few.

Equally at home in classical concert halls as in 18,000-seat stadiums, IGUDESMAN & JOO’s infectious zaniness and virtuosity has also inspired millions of college and high-school students, bringing a younger and wider audience to classical music at this challenging time for the industry.

Aleksey and Hyung-ki met at the age of twelve at the Yehudi Menuhin School in England, where they became friends over a portion of fish and chips. In 2004, following in the footsteps of luminaries Victor Borge and Dudley Moore, they began to create their ground-breaking shows. Since then, many of the world’s most renowned musicians have asked to be part of their musical mayhem, including Emanuel Ax, Joshua Bell, Janine Jansen, Gidon Kremer, Misha Maisky, Viktoria Mullova, Julian Rachlin, and Yuja Wang. The two have also teamed up with John Malkovich, on the CD album, You Just Have to Laugh and the show, The Music Critic, as well as the former James Bond, Sir Roger Moore, with whom the duo has collaborated on several occasions for UNICEF.

As composers, IGUDESMAN & JOO have collectively released over 50 publications with Universal Edition and their works are played by musicians and children all over the world. They’ve received commissions from various orchestras, including the Pittsburgh Symphony, Düsseldorf Symphony, Vienna Symphony, Tonhalle-Orchestra Zürich, New York Philharmonic, Oslo Philharmonic and the Borusan Istanbul Philharmonic Orchestra.

Individually, Aleksey Igudesman has worked with Academy® Award-winning Hollywood composer, Hans Zimmer, and Hyung-ki Joo was commissioned by Rock and Roll Hall of Fame inductee, Billy Joel, to arrange and record Joel’s solo piano compositions on a CD which reached # 1 on the Billboard charts.

Hans Zimmer and Billy Joel not only recognise the pair as serious musicians, they also endorse them as entrepreneurs through “Music Traveler” – a platform and mobile app conceived by Igudesman which enables musicians to book rehearsal rooms around the world. The duo also founded the production company “Music Traveler Productions” in order to create original content for film and television.

In addition to their own productions, IGUDESMAN & JOO appear in numerous films, including the mockumentary, Everything You Always Wanted to Know About Classical Music, Pianomania, and the award-winning Noseland.

Along with touring with their duo shows A Little Nightmare Music, AND NOW MOZART, Play it Again, as well as shows with symphony orchestras such as BIG Nightmare Music, UpBeat and others, IGUDESMAN & JOO also enjoy holding workshops and master classes while on the road. These encounters with students aim to leave the next generation confident and inspired to break new grounds in their own musical journeys.

In autumn 2019, IGUDESMAN & JOO ventured into completely new territory with the publication of their first book. Saving the World was released on 5.10.2019 by the Austrian publisher, edition-a, and describes how the world can be saved with creativity and humour. An accompanying show, Saving the World, was premiered at the Dortmund Konzerthaus and followed by a tour of Germany, Austria and Switzerland. An English publication and accompanying show is now also in the works.

In 2020, in honour of the Year of Beethoven, IGUDESMAN & JOO presented two new programs: And Now Beethoven as a duo, and an orchestral show, Beethoven’s Nightmare, a co-commission by the Oslo Philharmonic and the Borusan Istanbul Philharmonic Orchestra. The world premiere took place in Oslo.

Igudesman & Joo is represented in the USA, Canada, UK and Australia by Tanja Dorn at Dorn Music. 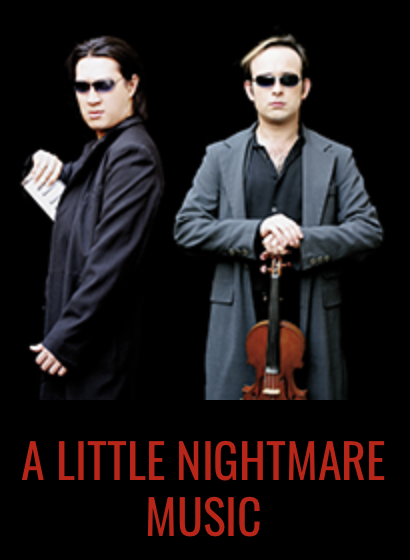 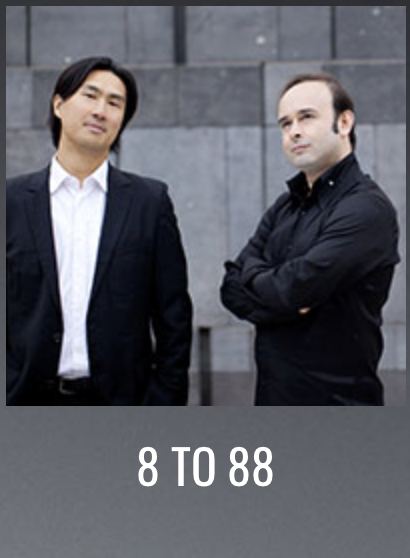 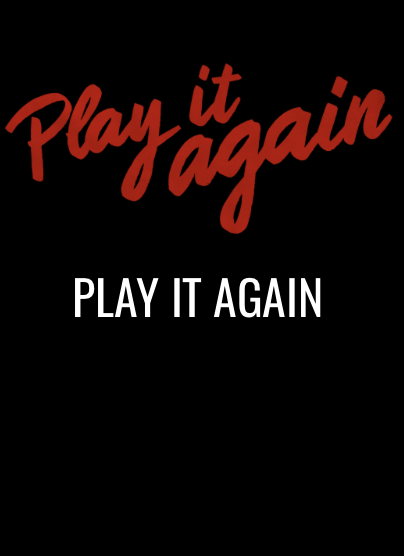 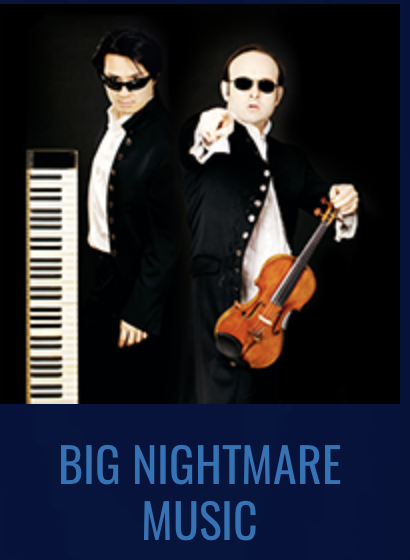 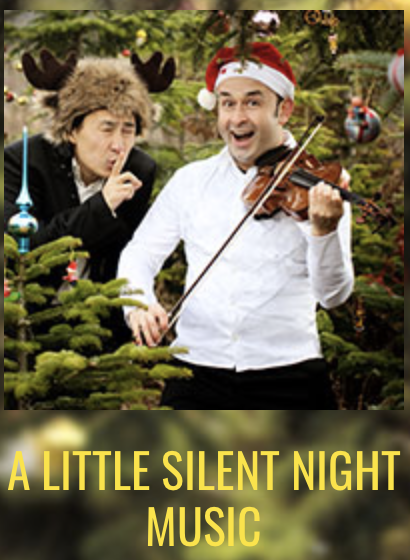 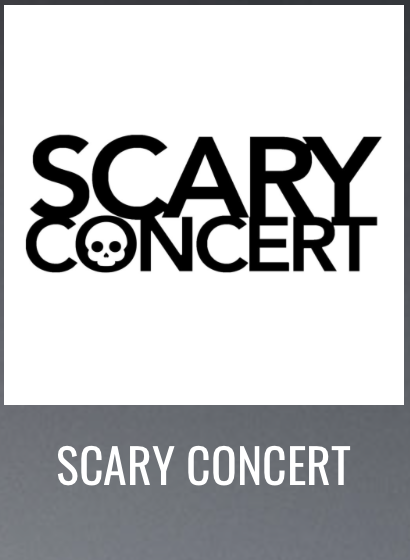 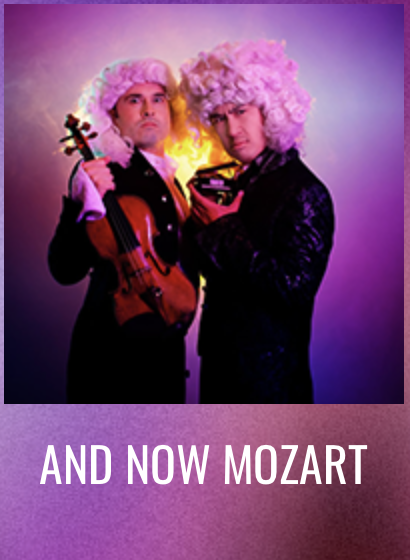 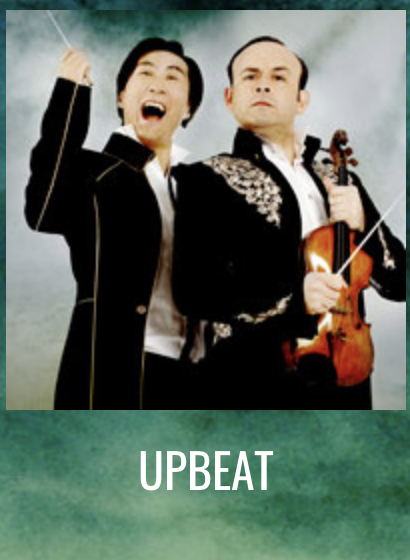 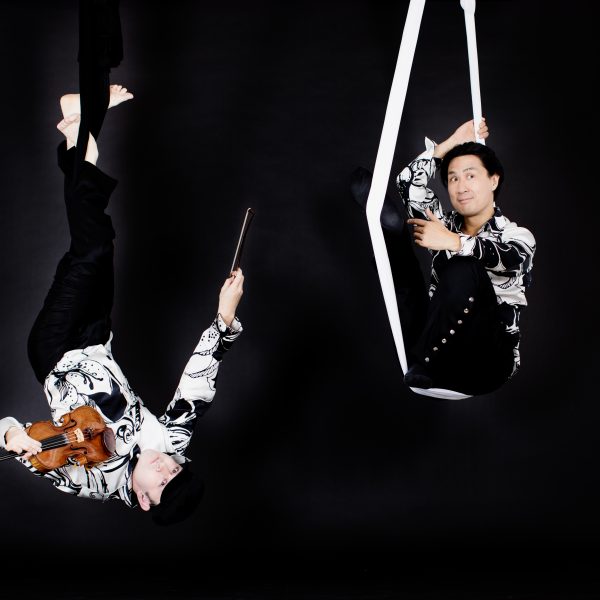 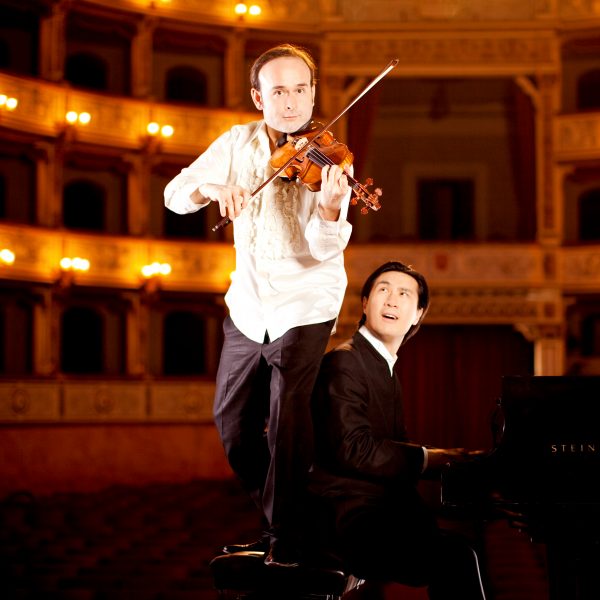 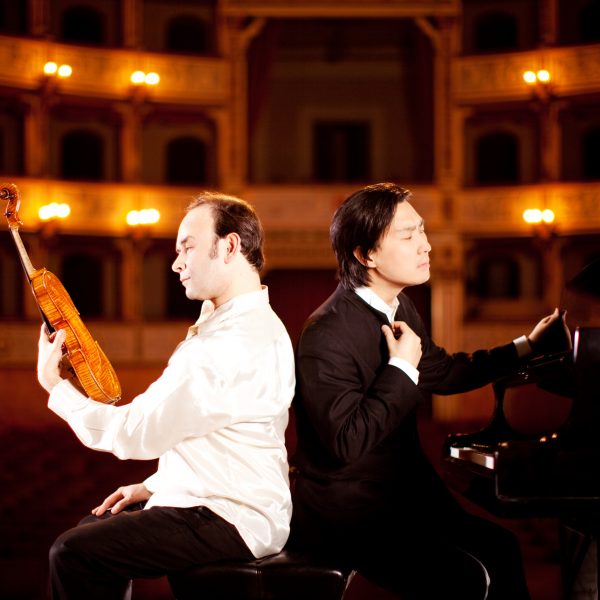 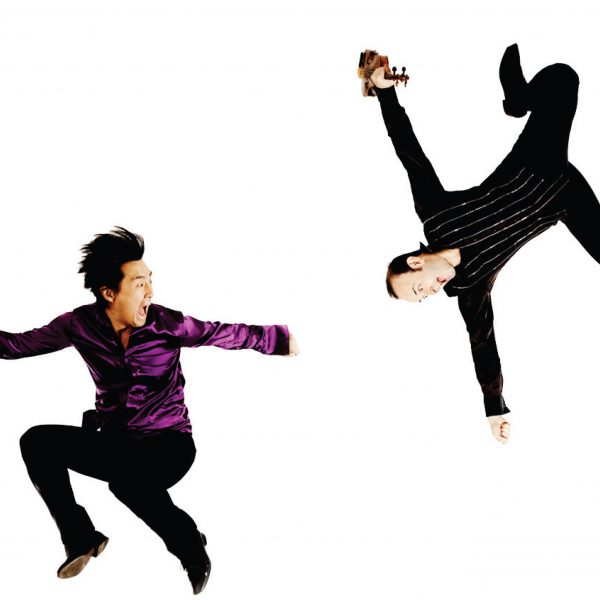 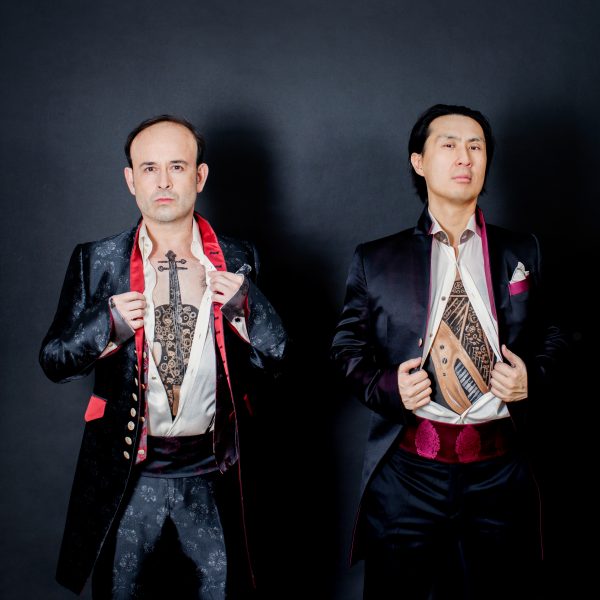 “Upbeat” – Excerpts from a performance with the Hong Kong Sinfonietta

Mozart Will Survive! from the show “AND NOW MOZART”!

Yuja Wang is “The Clone”