Bill Barclay’s The Chevalier opens with the Cleveland Orchestra 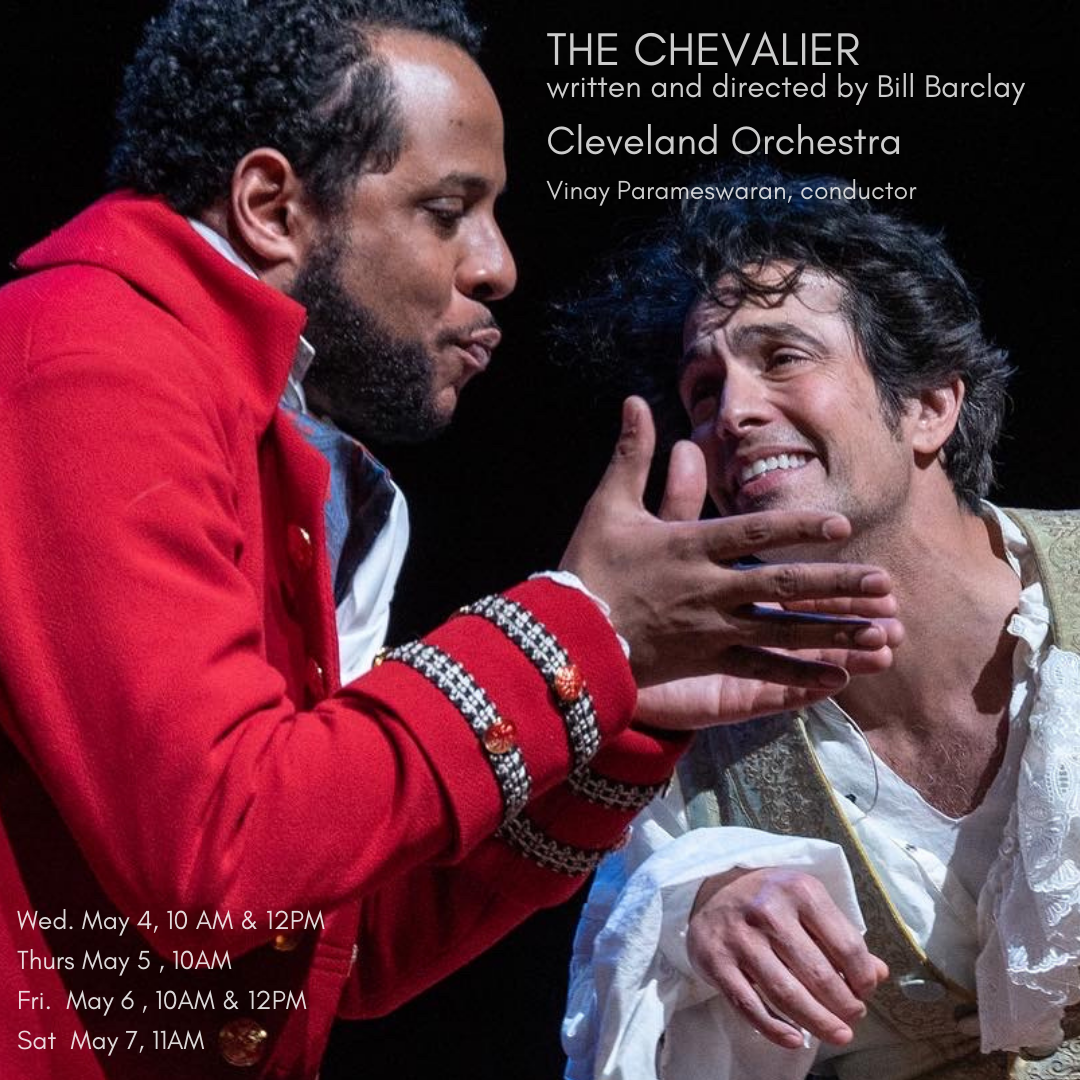 Bill Barclay’s The Chevalier opens with the Cleveland Orchestra for six performances at Severance Hall. The show, a work of concert-theatre, explores the life and music of Joseph Bologne, Chevalier de Saint-Georges, one of history’s earliest and most celebrated Black composers.

Born in Guadalupe as the son of an aristocrat and a Black slave, Bologne rose to prominence as the conductor of one of Europe’s finest orchestras, music teacher to Marie Antoinette, and a swordsman of renown across the continent. Given his position, he was also a high ranking voice for the abolition of slavery in the French colonies.

Bill Barclay was director of music at Shakespeare’s Globe from 2012-2019 producing music for over 130 productions and 150 concerts. Original scores include Hamlet Globe-to-Globe to every country in the world, Emilia, Edward II, Romeo & Juliet, Taming of the Shrew, Merchant of Venice, Twelfth Night, Pericles and Comedy of Errors. The Chevalier was commissioned by the Boston Symphony Orchestra.

Performances in Cleveland run May 4 through May 7.