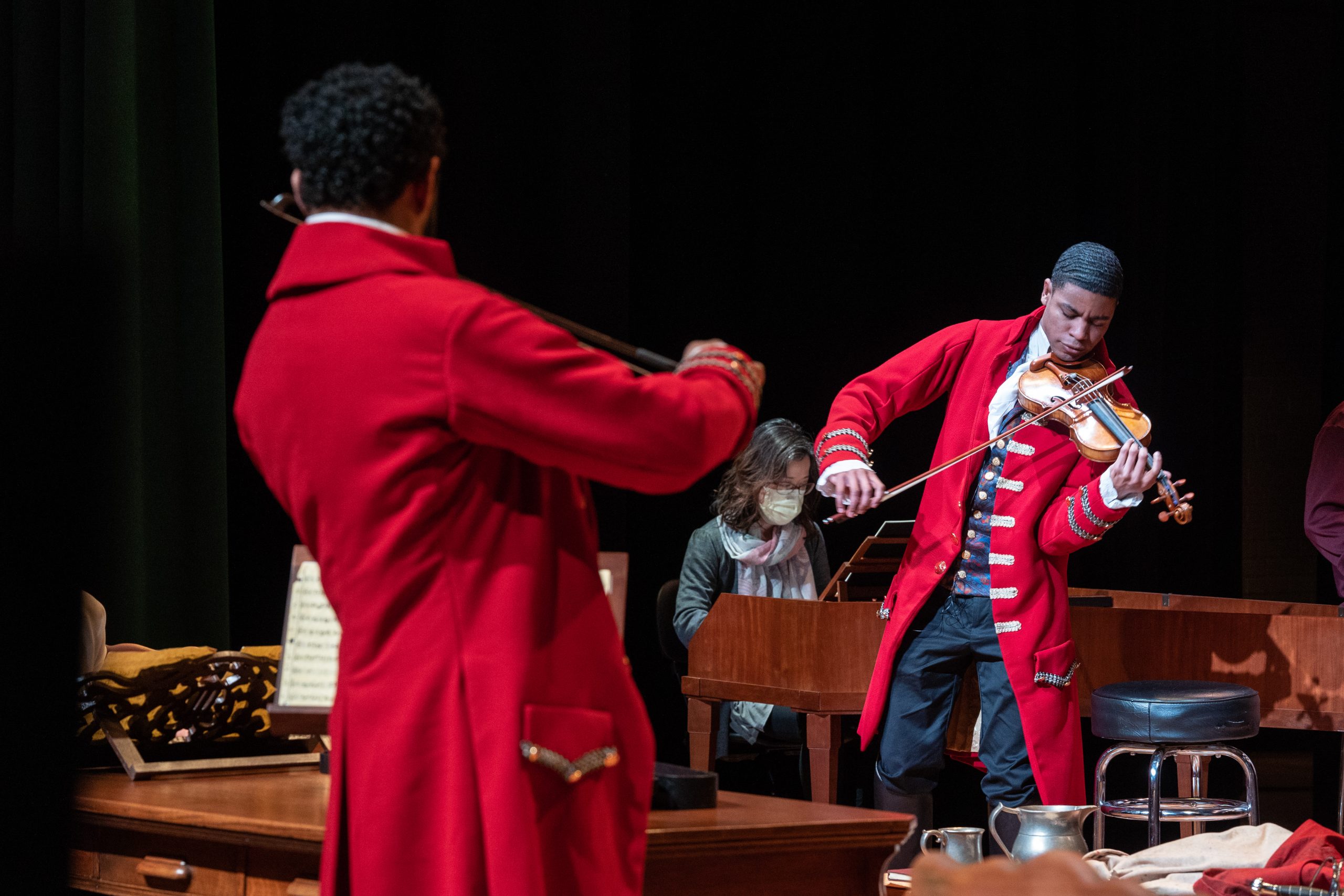 Bill Barclay’s The Chevalier, a Concert Theatre Works production about the life of Joseph Bologne, Chevalier de Saint-Georges, will play at Caramoor Festival and Chautauqua Institution this July. The Chevalier is a play with orchestra based on the remarkable life of Joseph Bologne, and explores his relationships to Mozart, with whom he lived under the same roof for some months in 1778, and Marie Antoinette, to whom he taught music at Versailles. Bologne produced a considerable body of work as a composer, and served as conductor of the Concert de la Loge Olympique – considered one of the finest orchestras in Europe – under the auspices of which he commissioned Haydn’s rapturously received Paris Symphonies. Bologne’s high profile was not restricted to music: besides being the finest fencer in Europe and general of Europe’s first Black regiment, he also crusaded for the abolition of slavery in the French colonies.

Actor RJ Foster plays the spoken version of Bologne, while the role is split with solo violinist Brendon Elliott who performs the immensely tricky passages from Bologne’s works for solo violin and orchestra, including excerpts from the violin concerto and sinfonia concertante, a form made popular by Mozart, but pioneered by Bologne.

Writer and Director of the The Chevalier, Bill Barclay says “We are so thrilled to tread the boards at this summer’s Caramoor Festival and to bring Bologne’s neglected story and music to one of New York’s most iconic and exciting outdoor stages. Performing The Chevalier with the Harlem Chamber Players will be a particular thrill as they have long advocated for highlighting marginalized voices and programming composers of color. We are equally proud to debut at the trailblazing Chautauqua Institution, whose Orchestra is joining the Sphinx National Alliance for Audition Support, a condition of all the partner organizations presenting the show. Concert Theatre Works commends the Caramoor Festival, for proving their deep commitment to supporting young musicians of color. The march for equity goes on.”

Along with Foster and Elliott in the title role, The Chevalier features Barclay as Pierre Choderlos de Laclos, the author of Les Liaisons dangereuses who wrote the libretto for Bologne’s first opera; Sarah Baskin as Marie Antoinette; and Ian Unterman as Mozart, whose music is heard alongside Bologne’s and that of Christoph Willibald Glück, arranged by Barclay.