CALL FOR SOLIDARITY WITH FREELANCE MUSICIANS

The current, worldwide standstill of public life will have serious and unforeseeable effects on the global economic and cultural scene. Audiences remain at home, musicians lose performance opportunities and face debilitating economical consequences. As UNESCO City of Music and a candidate for the title of European Capital of Culture 2025, Hanover, Germany needs to be among those spearheading new approaches to how we consume arts and culture. International management agency Dorn Music together with Villa Seligmann has created an opportunity which will enable audiences to continue experiencing world-class LIVE concerts and support the artist community at the same time.

On Sunday, March 22, 2020 the renowned Kuss Quartett will perform a select Beethoven program for everyone, available to watch worldwide via live streams on The Violin Channel and concerti.de as well as the social media channels of Dorn Music and Villa Seligmann. In China, viewers may turn to WeChat channel: 享乐人生 (WeChat ID: qualitylifemusic) a popular and well known classical music promotion social multi-media created by classical music critic Sam Su.

Support the initiative with a donation via the Villa Seligmann website. Any amount is welcome!

Donations will be handled by the Siegmund Gesellschaft and will benefit affected musicians. The funds are distributed in cooperation with a range of non-profit organizations in Lower Saxony.
SIEGMUND SELIGMANN GESELLSCHAFT E.V.
www.villa-seligmann.de

The Kuss Quartett recorded the complete Beethoven String Quartets in Tokyo on four legendary Stradivari Instruments in 2019. The 8-CD box will be released on March 27, 2020. www.kussquartett.com

“Many freelance artists are suddenly faced with a devastating loss of income, and we want to give them an opportunity to continue creating music while calling for solidarity. We are thrilled to be working with Bernhard Fleischer, one of the industry’s leading producers for concert broadcasts. The Kuss Quartett will perform the first concert next Sunday and we plan to make further weekly concerts with top soloists and performers available to a global audience from Villa Seligmann.” – Tanja Dorn, whose agency Dorn Music has offices in Hanover and New York.

“The Villa Seligmann is privately owned and we envision it to be among the few concert venues in the country not affected by closure restrictions. I am particularly looking forward to the planned online concert series with top-class contributions. Of course, we are prepared for all necessary security measures.” – Eliah Sakakushev-von Bismarck, Director of Villa Seligmann. 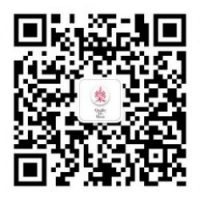