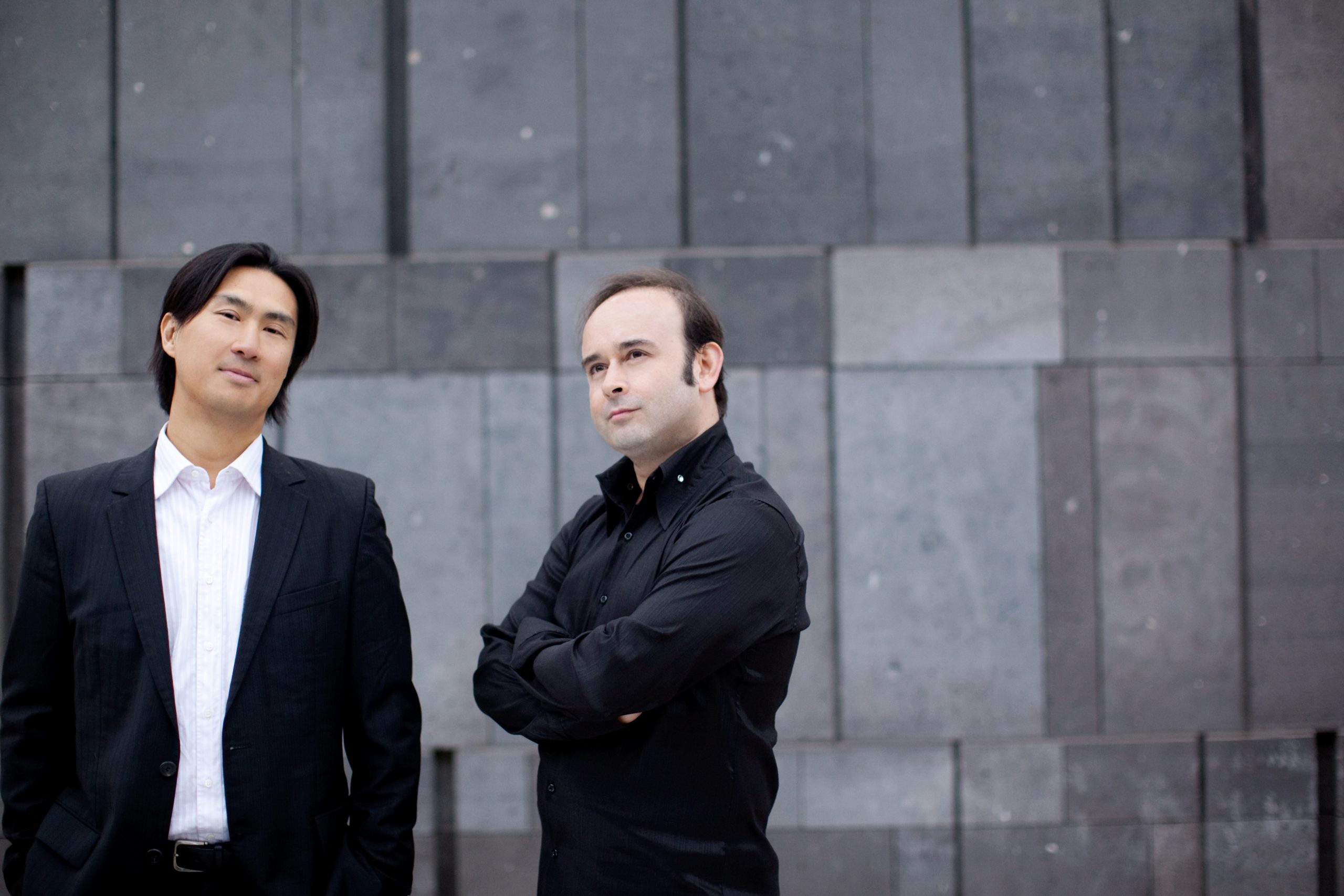 Igudesman & Joo will return to the US to perform their critically acclaimed show Play it Again at the Hanna Theatre at Playhouse Square on July 28, 2022, presented by Piano Cleveland the home of the International Cleveland Piano Competition. The show, in which classical music, theater, and comedy collide, is written and conceived by Aleksey Igudesman and Hyung-ki Joo.

“Describing the Igudesman & Joo humor in detail would be to deflate its brilliance. For the put-upon Igudesman, think Jack Benny and Jascha Heifetz rolled into one. For the zany Joo, try an unholy Chico Marx, Vladimir Horowitz and Jerry Lewis mash-up… two miraculous performers“
-Los Angeles Times

About PLAY IT AGAIN
Often the best parts of the concert are the encores. So why not start with them? Although no two performances of IGUDESMAN & JOO’s are ever really the same, Play it Again explicitly promises that each night will be wildly different from the other. Fresh off Igudesman & Joo’s recent US Tour which saw performances of PLAY IT AGAIN in California, Texas, Michigan, and New Mexico, the duo return to bring their distinct brand of comedy to this summer’s PianoDays @CLE.

Aleksey Igudesman says “The best thing about our shows is the laughter of the audiences. I think that after everything concert-going life, and life more broadly, has gone through in the last two years, it is time we remember that laughter and humor can be one of the most important tools in bringing people together. That’s why we’re touring PLAY IT AGAIN in the US for 2022. It is about everyone’s favorite part of the concerts, the encores, applause, and the hilarity.”
Hyung-ki Joo says “Our shows bring a totally retro sensibility back to the concert hall, a time when Franz Liszt used to drink wine with the audience and when soloists would do tricks with their bows between concerto movements. We cannot wait to bring this show to the Piano Days @CLE, in a city which itself has been the butt of many jokes.”

About IGUDESMAN & JOO
With more than 50 million views, the inspired lunacy of musicians IGUDESMAN & JOO has been turned into a viral and international sensation. Equally at home in classical concert halls as in 18,000-seat stadiums, IGUDESMAN & JOO’s zaniness and virtuosity have inspired millions, bringing younger audiences to classical music.