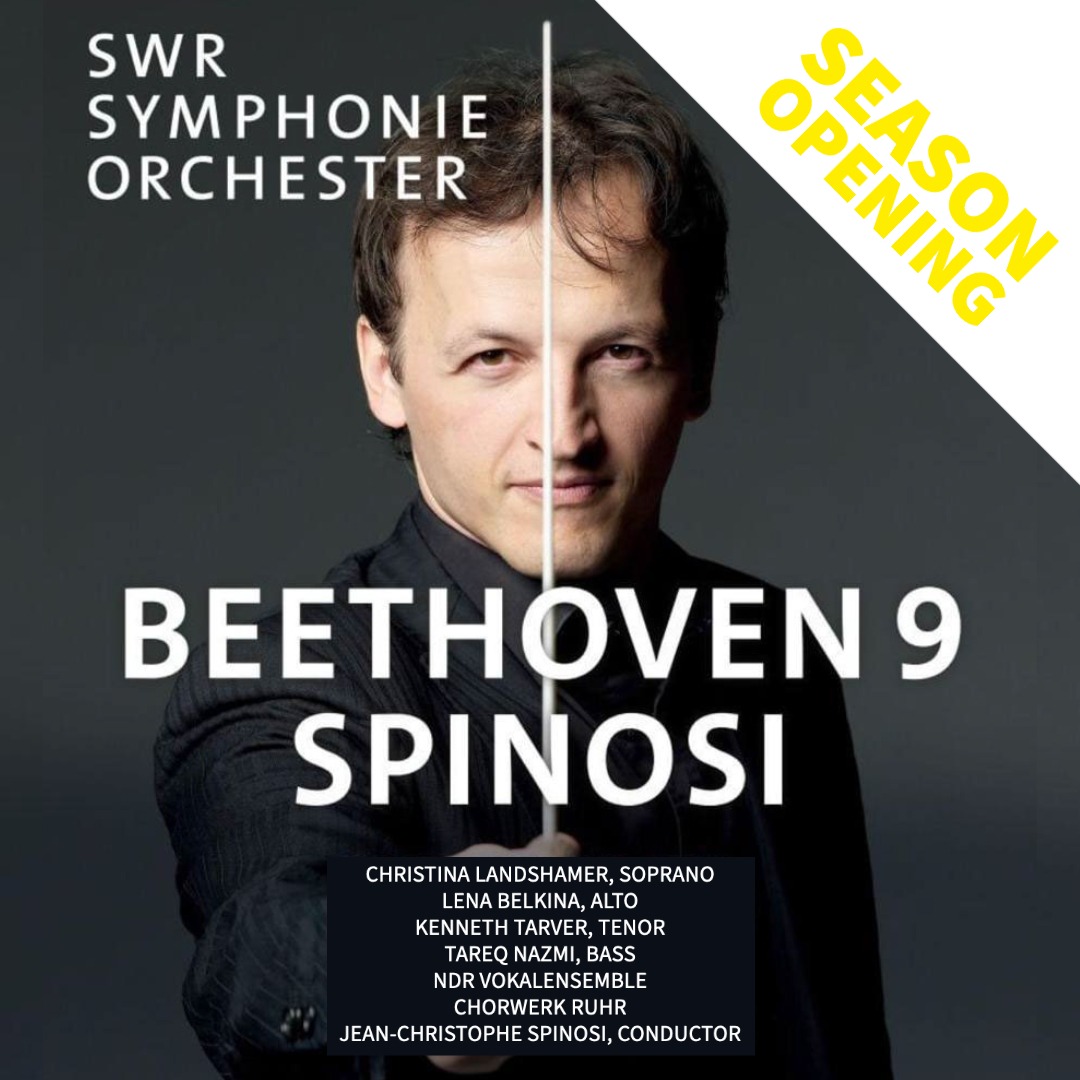 Jean-Christophe Spinosi conducts the season opening concerts of the SWR Symphonie-Orchester this week in Stuttgart and Freiburg as well as on tour to the Vienna Konzerthaus. The program features the Chorwerk Ruhr, the NDR Vokalensemble, and the Singakadamie Vienna as the choirs for Beethoven’s Ninth Symphony. The orchestra is joined by soloists  Christina Landshamer, Lena Belkina, Kenneth Tarver, and Tareq Nazmi.

The performance will be live streamed online from SWR Klassik on September 16, and on SWR2 on October 3 and November 4.