The Chevalier is the centrepiece of an international advocacy campaign for racial representation across the US and EU orchestra ecology. Each performance raises money for the Sphinx National Alliance for Audition Support which funds auditions for musicians of colour in the United States to win tenured chairs in US orchestras. Bill Barclay has co-created a new audition alliance with the Chineke! Foundation in London to amplify this effort in Europe, the European Alliance for Audition Support (EAAS). Musicians of colour need financial support to audition for orchestras that have stubbornly resisted inclusion, particularly among Black players, composers, and conductors. Bologne’s story is one of many that must be restored to our lopsided history. We are also partnering with the Festival Saint-Georges in Bologne’s hometown in Guadeloupe, to open-source and digitise all of Bologne’s 250+ compositions.

Commissioned by The Boston Symphony Orchestra for a world premiere at the Tanglewood Learning Institute’s inaugural season in 2019, The Chevalier was selected as a finalist in the Eugene O’Neill National Playwrights’ Conference in 2021. The Winston-Salem Symphony workshopped the work in 2020 ahead of its full premiere which was scheduled to be part of the 2021 National Black Theatre Festival.

Son of a slave and French aristocrat, Joseph Bologne has reached the top of his game – music teacher to Marie Antoinette and Europe’s fencer to beat. But when a bedridden Mozart is carried into his kitchen, he attracts the attention of a secret police force returning people of colour to slavery.

As Paris hurtles toward Revolution, Bologne is forced to choose between his creative freedom and the crusade for equality. Can he sacrifice his bow for his sword?This is the true story of three immigrants – Marie Antoinette, Mozart, and the Chevalier – conflating the French Revolution with the Resistance against authoritarianism unfolding today.

The full-length stage play will continue to be workshopped throughout 2021. Our ‘concert theatre’ tour with just four actors intersperses Bologne’s finest movements with dramatic and comedic scenes.

We either tour with our own ensemble of 7, or perform with your orchestra. The 80 minute show can accompany a talkback on racial equity in the arts, as well as both lectures and masterclasses for universities.

A playlist of the music is streamable here.

This story is attributed to the work of Margaret Casely-Hayford CBE, Chi-chi Nwanoku OBE, and Gabriel Banat, whose passionate efforts have brought the Chevalier to life.

The Chevalier is represented worldwide by Tanja Dorn at Dorn Music.

This approved text is not to be altered or shortened without the management’s permission. Please replace older versions.

Full Score and Parts are available upon request. 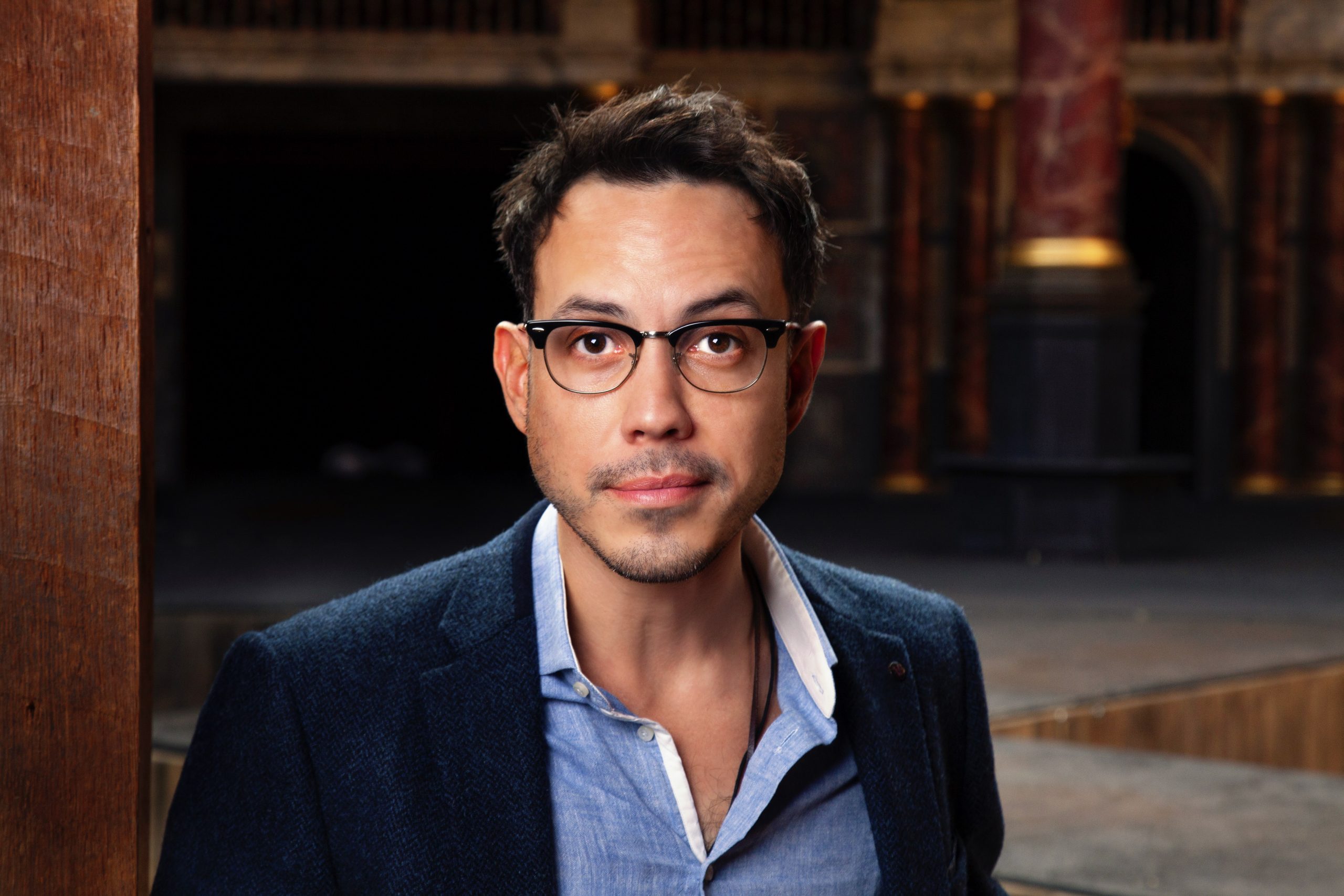 Bill Barclay was director of music at Shakespeare’s Globe from 2012-2019 producing music for over 130 productions and 150 concerts. Original scores include Hamlet Globe-to-Globe to every country in the world, Emilia, Edward II, Romeo & Juliet, Taming of the Shrew, Merchant of Venice, Twelfth Night, Pericles and Comedy of Errors.

A ‘personable polymath’ according to the London Times, he is an American director, composer, conductor, writer and producer, and currently artistic director of Concert Theatre Works.
Broadway and West End: Farinelli and the King, Twelfth Night, and Richard III all starring Mark Rylance.

A passionate advocate for evolving the concert hall, he has created works of ‘concert theatre’ for the LA Philharmonic at the Hollywood Bowl, the BBC Symphony Orchestra at the Barbican, and annually with The Boston Symphony Orchestra (Peer Gynt, A Midsummer Night’s Dream, The Magic Flute, L’Histoire du Soldat), among many other ensembles around the world.

As a composer, Barclay’s original music has been performed in 197 countries, 42 US states, for President Obama, the British Royal Family, for the Olympic Torch, at the United Nations, in Buckingham Palace, and in refugee camps in Jordan and Calais. He is the founder of the label Globe Music recognised by the BBC, The Royal Philharmonic Society and Songlines (Top of the World, 2016), with releases featuring Ian Bostridge and Soumik Datta. His single Let Nature Sing, made entirely of birdsong, debuted at #11 on the UK Pop Charts to benefit the Royal Society for the Protection of Birds.

Barclay recently created a new Four Seasons Recomposed for Max Richter on period instruments with the puppetry masters Gyre & Gimble. In 2019, he composed four new productions for the Globe, directed two original immersive works for Washington National Cathedral, conducted his new album, King of Ghosts, on tour with City of London Sinfonia, directed the Grammy-winning Silk Road Ensemble with Heroes Take Their Stands, and directed his original adaptation of Antony & Cleopatra with the Virginia Symphony Orchestra.
Barclay regularly collaborates with charities to collapse the space between arts and advocacy, composing A Mother’s Love for the Wild Foundation, and creating Tales in Migration with the Silkroad Ensemble. A noted concert curator, he piloted the Candlelit Concerts series in the Globe’s Sam Wanamaker Playhouse from its construction in 2014. This series featured major collaborations including the Royal Opera House, The Sixteen, English Concert, Orchestra for the Age of Enlightenment, BBC Proms and London Jazz Festival, with guest curators including John Williams, Trevor Pinnock, Lauren Laverne, the Brodsky Quartet, and Anoushka Shankar.

An arts and culture writer for the Guardian and reviewer for Songlines magazine, Bill recently published Shakespeare, Music, and Performance for Cambridge University Press, and The Jon Lipsky Play Anthology for Smith & Kraus. He has lectures on his research specialty the Music of the Spheres on three continents, and is a leading international voice on Shakespeare’s music. He is a contributing essayist in a forthcoming book on Shakespeare’s Music with Oxford University Press in 2020.

Barclay is a lauded actor, having won a Fox Foundation Resident Actor Fellowship, the largest grant for actors in the US. A Boston native, he was a member of the resident acting companies at Shakespeare & Company (10 years, Resident Music Director), the Actors Shakespeare Project (10 years, Artistic Associate), and The Mercury Theatre (Colchester, UK). He trained in Bali and at the National Theatre Institute; he is a graduate of Vassar College and earned his MFA in Playwriting at Boston University.

His newest play with music, The Chevalier, was commissioned by the Boston Symphony Orchestra, and premiered at Tanglewood in August. It is currently preparing for a tour of the US and UK to raise money for the Sphinx National Alliance of Audition Support which aims to address the lack of racial representation in orchestras in North America. This true story about the neglected composer Joseph Bologne, Chevalier de Saint-Georges, is followed by facilitated talkbacks addressing racial equity in classical music. 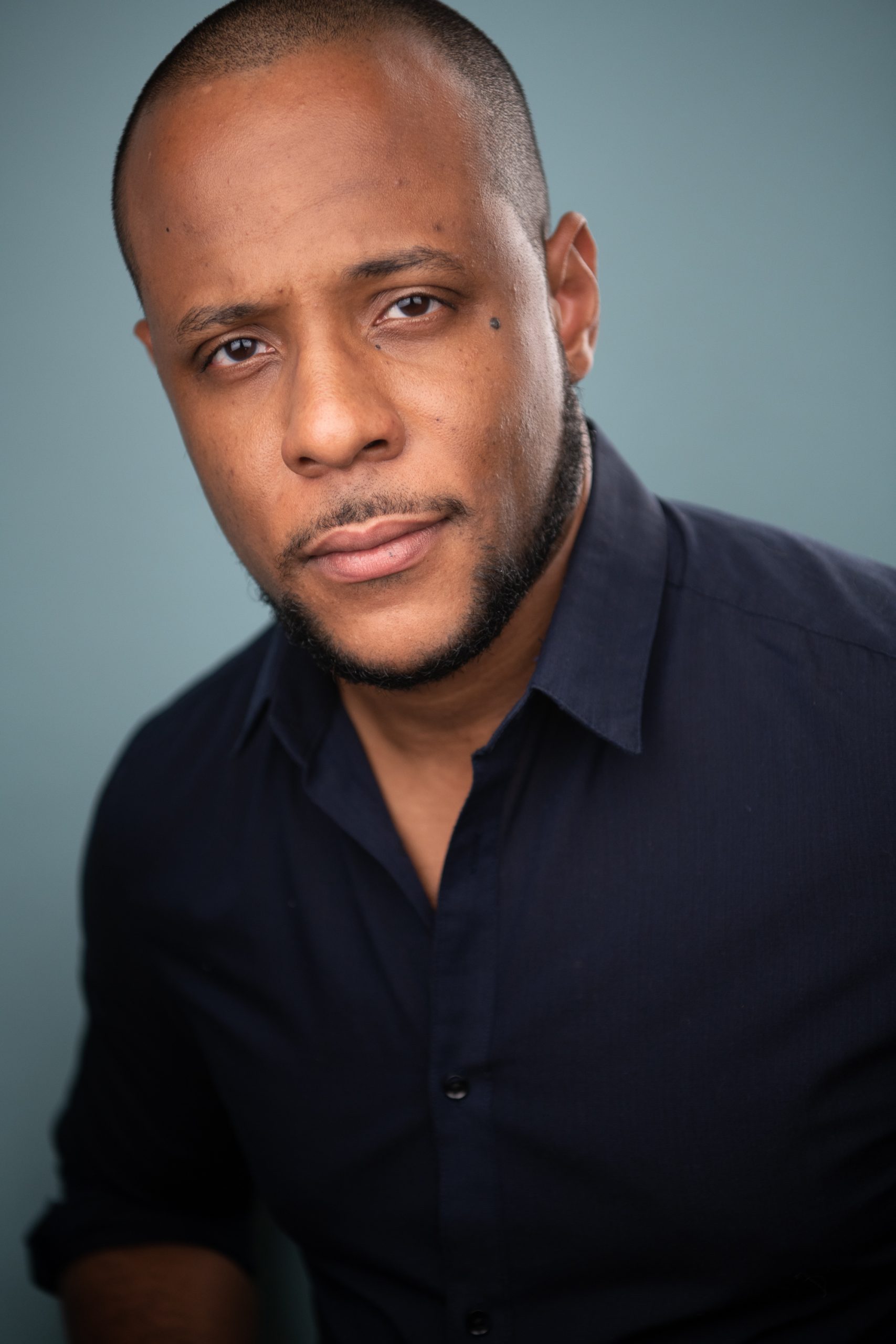 R.J. Foster has performed in New York theaters such as the Pearl Theatre Company and Classic Stage Company and has performed in many regional Shakespeare productions, including a full season at the Oregon Shakespeare Festival. He portrays Joseph Bologne in the Midwest premiere of The Chevalier, presented by Music of the Baroque in partnership with the Chicago Symphony Orchestra Association.

He has appeared on television shows such as “Fringe” (Fox), “Guiding Light” (CBS), “Damages” with Rose Byrne and Campbell Scott (FX), “Blue Bloods” with Donnie Wahlberg (CBS), “The Blacklist” with Paul Reubens (NBC) and “Person of Interest” with Michael Emerson (CBS). Foster was nominated for best actor by Broadway World for his portrayal of Othello in 2015. Raised in Baltimore, Foster received his bachelor’s degree in theater performance from Fordham University at Lincoln Center. 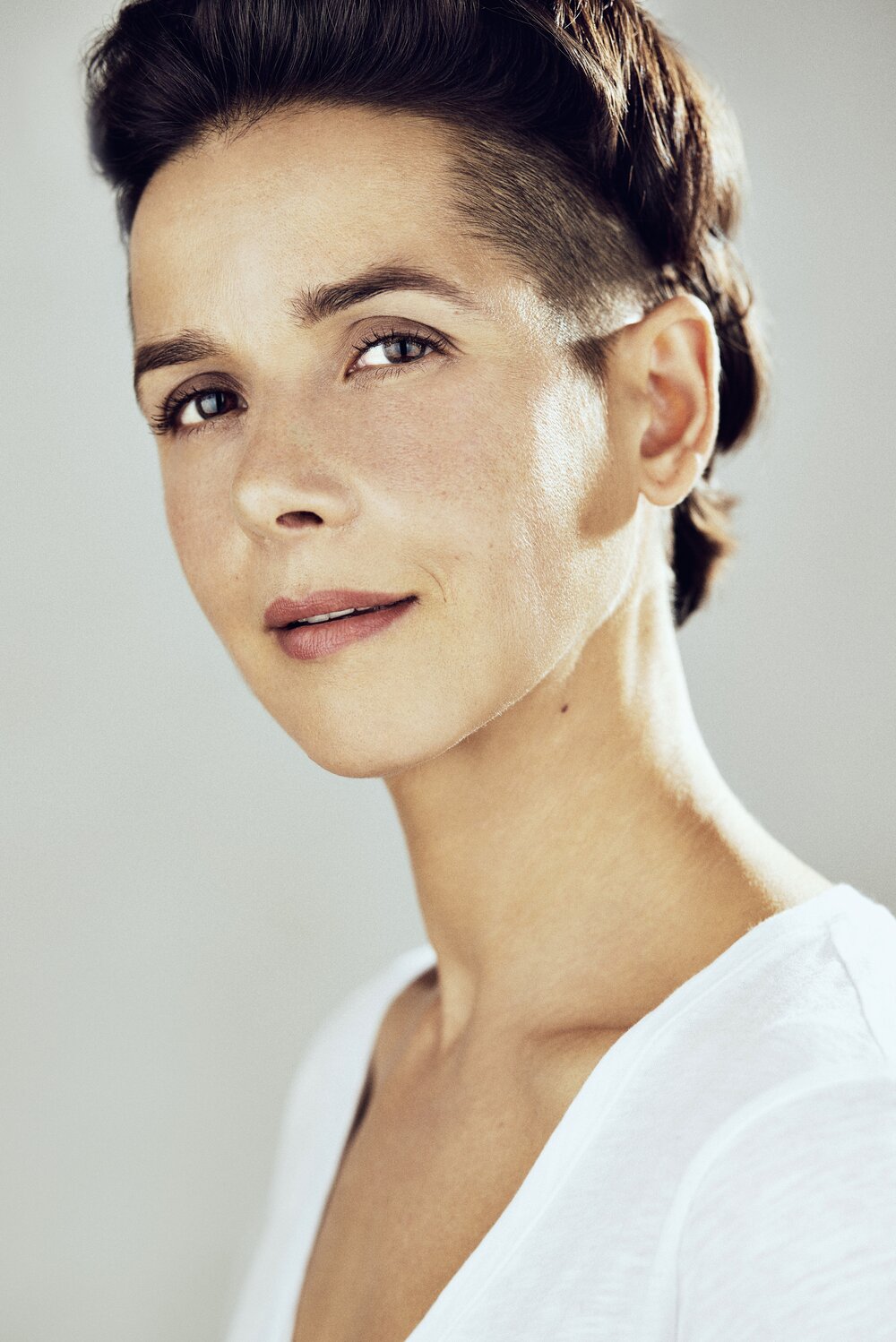 Janson is a Brooklyn-based actor and guitarist working across theater, television and film. An Off-Broadway regular, she has performed with The Public Theater (most recently in Richard II, a co-production with WNYC), Theatre for a New Audience (Julius Caesar, Measure for Measure, Tamburlaine the Great, Notes from Underground), Red Bull Theater, Yale Repertory Theatre, American Repertory Theater, La Jolla Playhouse, Shakespeare & Company and many others. Alongside her extensive classical work, Janson is devoted to developing new work and has originated roles in Robert Woodruff’s Notes From Underground and Autumn Sonata, Your Blues Ain’t Sweet Like Mine created by Ruben Santiago-Hudson; Built with Robert O’Hara, Jonathan Franzen’s House For Sale directed by Daniel Fish, The Deception created by Dominique Serrand, and The Onion Cellar with Amanda Palmer and The Dresden Dolls. She can be found regularly onscreen most recently appearing on Elementary, Billions, Quantico, and Madam Secretary. 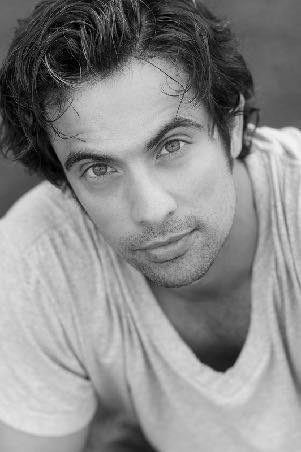 Actor and classically trained tenor, Joseph has performed twice with The Boston Symphony Orchestra (Romeo in Romeo and Juliet and Mozart in The Chevalier), and is a fourteen season veteran of Shakespeare & Company where past roles include:  James in Time Stands Still (nominated for Best Leading Actor Award), Mr Darcy in Christmas at Pemberley and Pride and Prejudice, George Bailey in It’s a Wonderful Life, Lysander in A Midsummer Night’s Dream, Elyot in Private Lives,  Dorante in The Liar, Sebastian in The Tempest, Clown 2 (12 Characters) in The 39 Steps.  Joseph earned a Best Leading Actor nomination for playing Charlie Chaplin in the world premier of  The Consul, The Tramp and Americas Sweetheart at Old Castle Theatre. Other recent roles include: George in WORD PLAY at Playwrights Horizons, (NYC), Johnny in Hotel California (NYC), Coleman in I Married The Icepick Killer at Stella Adler Theatre (NYC). Feature film includes: Penny Land (Manhattan Film Festival) and Damsel by Douglas Burgdorf (Spain International Film Festival). 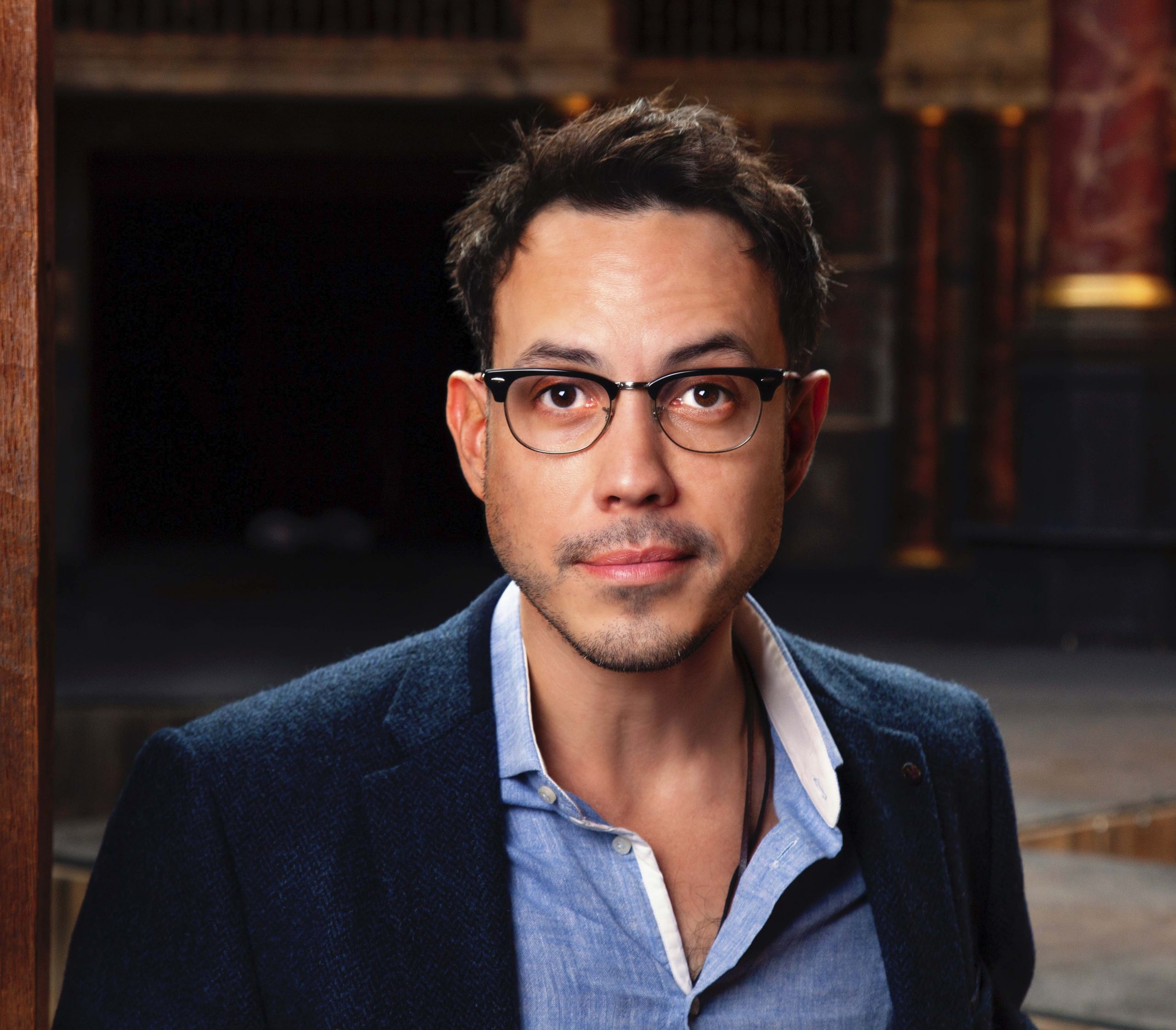 Hailed a ‘personable polymath’ in the London Times, Barclay was director of music at Shakespeare’s Globe from 2012-2019, where he produced music for over 120 productions and 150 concerts. A director, composer, writer and producer, he is the artistic director of Concert Theatre Works. Broadway and West End credits include Farinelli and the King, Twelfth Night, and Richard III, all starring Mark Rylance. A passionate advocate for evolving the concert hall, he has created works of concert theatre for the LA Philharmonic at the Hollywood Bowl, the BBC Symphony Orchestra at the Barbican, and six times for the Boston Symphony Orchestra (Peer Gynt, A Midsummer Night’s Dream with Andris Nelsons, The Magic Flute, L’Histoire du Soldat with Charles Dutoit). Other credits include The Silkroad Ensemble, London Philharmonic Orchestra, City of London Sinfonia, Virginia Symphony, Cincinnati Symphony, Milwaukee Symphony, Tanglewood, Washington National Cathedral and Buckingham Palace.

The Chevalier | Trailer | with Dame Jane Glover, conducting Music of the Baroque 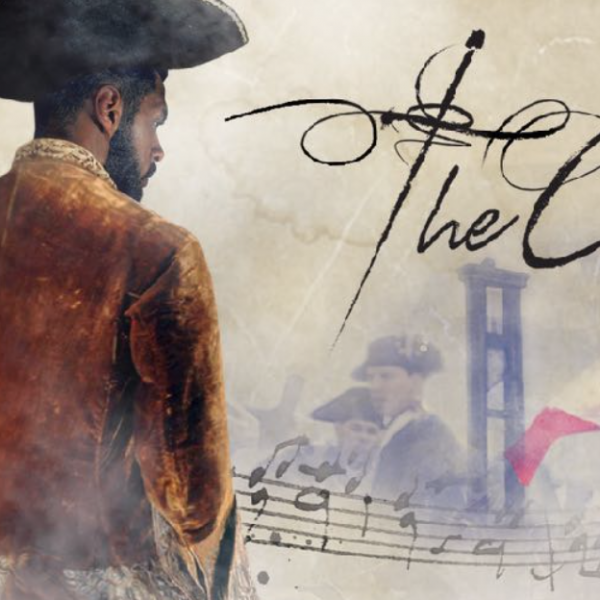