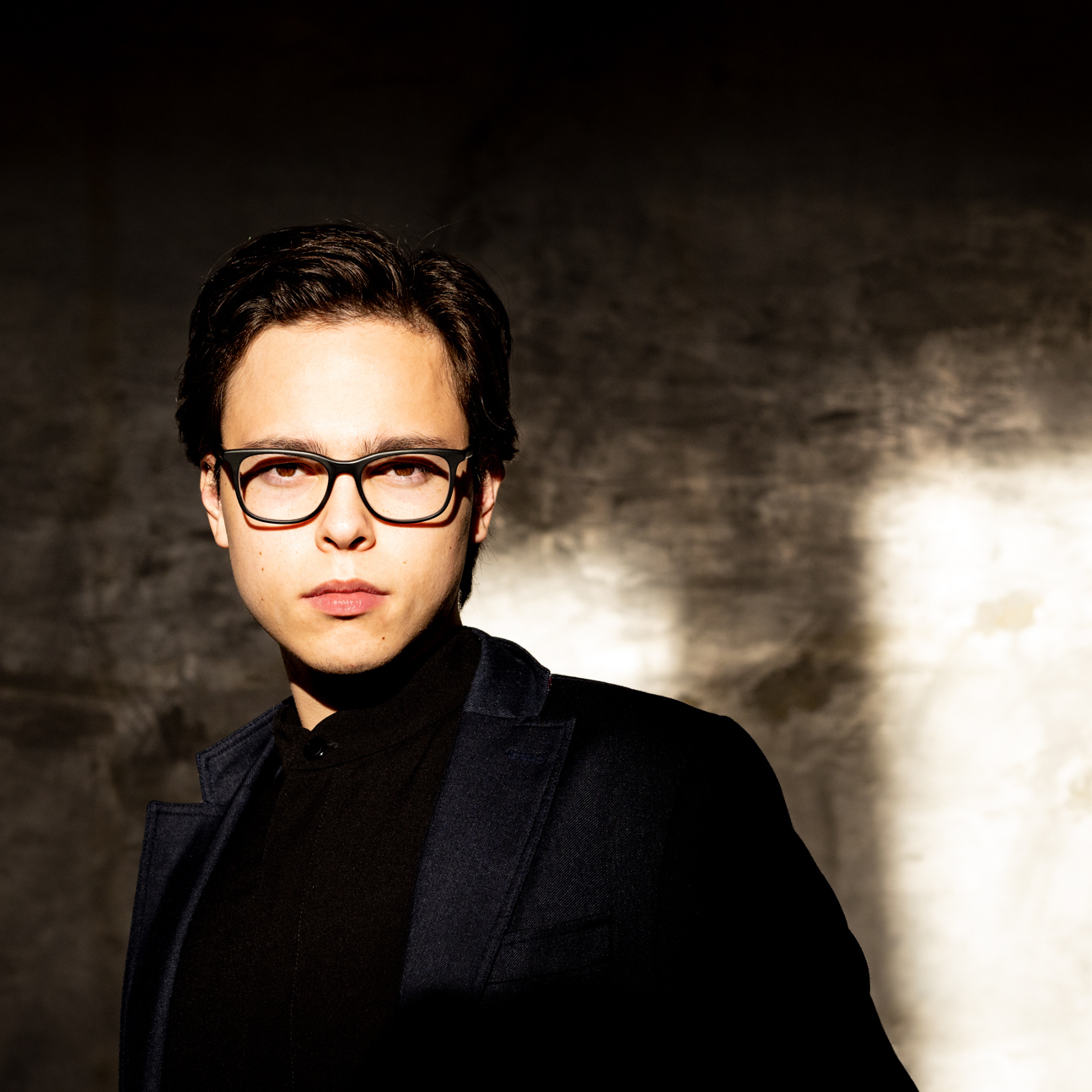 We are thrilled that Tarmo Peltokoski has been announced as Music Director of the Orchestre National du Capitole de Toulouse today.

Following a process involving the Orchestre’s musicians and directors, Jean-Luc Moudenc, the Mayor of Toulouse and President of Toulouse Métropole, has selected Tarmo Peltokoski to be the Music Director of Orchestre National du Capitole de Toulouse.

From 1 September 2024, Peltokoski will serve as the Designate Music Director for the first season and will then occupy the role of Music Director until August 2029. In that position he will exert a pivotal influence in enhancing the already-glowing reputation of the Orchestre National du Capitole de Toulouse on the French and international music scenes over the coming years. The appointment is the result of close collaboration between the Orchestre’s musicians and directors.

Peltokoski will take up the baton from Tugan Sokhiev, who, like Michel Plasson before him, guided the symphonic ensemble to a universally-acclaimed level of excellence both at national and international level. Peltokoski’s talent has been widely heralded and the young Finn won the admiration of audiences during the concerts at the helm of the Orchestre National du Capitole on 9 September in Saint-Jean-de-Luz (Festival Ravel) and on 21 October at the Halle aux Grains in Toulouse.

Eager to elaborate a long-term artistic project, Peltokoski will devote 12 to 14 weeks per year to the Toulouse symphonic ensemble, encompassing concerts in Toulouse and the Occitania regions well as French and international tours. During his term he will make musical recordings with the Orchestra and will conduct six productions from the pit at the Opéra National du Capitole during his five seasons.

Peltokoski will join the Orchestre National du Capitole as early as next July for the summer tour, which will feature a performance at the Concertgebouw in Amsterdam. 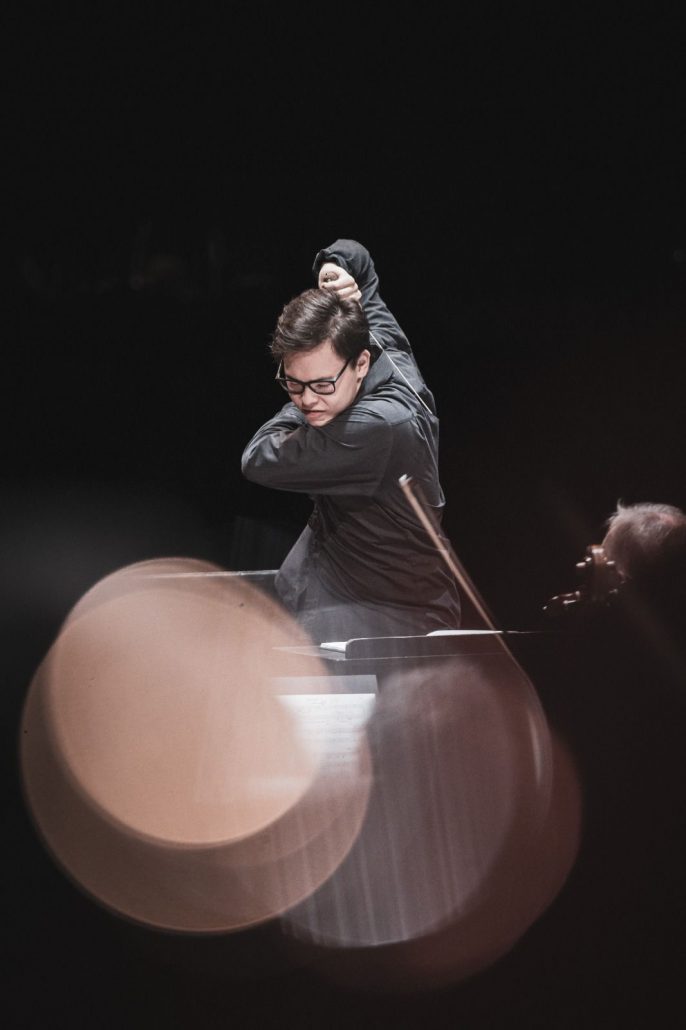 “I am happy to announce the appointment of Tarmo Peltokoski as Music Director of the Orchestre National du Capitole, starting from 1 September 2024,” said Moudenc.
“The consultation process undertaken since 2020 by Toulouse Métropole and the Orchestre and its musicians led us to make this ambitious and exciting choice, which makes the Orchestre firmly forward-facing and will consolidate Toulouse’s standing among the vanguard of symphonic ensembles. The appointment of a new conductor is an important step in the Orchestre’s life and is similarly significant for Toulouse’s opera lovers. It is my fond wish that the obvious chemistry that existed between Tarmo Peltokoski and the Toulouse public during their first encounter will grow into a sincere and close relationship nurtured by the creative excellence he will continue to demonstrate.”

–
“Dear Toulouse orchestra and public! I am very happy and moved to join the ONCT. My relationship with the wonderful musicians was instantly pleasant and musically very inspiring. Having conducted the orchestra twice, I’ve been able to experience the fantastic work done by Tugan Sokhiev all these years, which has made this orchestra one of the best in Europe. It is with great humility and excitement that I accept the title of Music Director, also to work at the Opéra national du Capitole. I can’t wait to come back to conduct the orchestra and meet the audience in Toulouse and elsewhere.”
Tarmo Peltokoski

Finnish conductor Tarmo Peltokoski was awarded the title of “Principal Guest Conductor” in January 2022 by The Deutsche Kammerphilharmonie Bremen, the first conductor to hold this position in the orchestra’s 42-year history.
He is currently the Music and Artistic Director of the Latvian National Orchestra (2022-2025). He was also recently appointed Principal Guest Conductor of the Rotterdam Philharmonic Orchestra for the 2023/2024 season.

He completed his first Wagner Ring cycle at the Eurajoki Bel Canto Festival in August 2022, at the age of 22. Last season he made highly successful débuts with the Hr-Sinfonieorchester, the Orchestre Philharmonique de Radio France and the Rotterdam Philharmonic Orchestre. In the summer of 2022, he appeared at the Rheingau Music Festival, the Schleswig-Holstein Music Festival, the Beethovenfest in Bonn and the Musikfest in Bremen.

Peltokoski began his studies with the professor emeritus Jorma Panula at the age of 14 and studied with Sakari Oramo at the Sibelius Academy. He has also been taught by Hannu Lintu, Jukka-Pekka Saraste and Esa-Pekka Salonen.
Also an acclaimed pianist, he studied piano at the Sibelius Academy with Antti Hotti. His piano playing has been awarded in many competitions and he has appeared as a soloist with all major Finnish orchestras. In 2022, he won the Lotto prize at Rheingau Music Festival. In addition, Peltokoski has also studied composing and arranging. He particularly enjoys music comedy and improvisation.