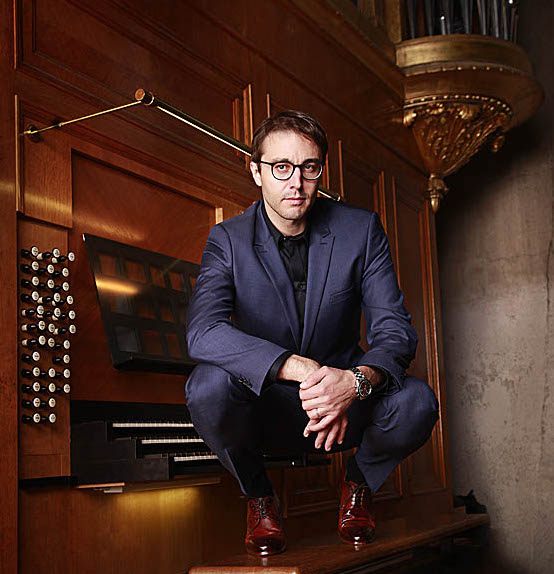 ECHO award winner Christian Schmitt is undoubtedly one of the most sought-after concert organists of our time. He delights his audience around the globe both as soloist and as chamber musician.

‘I’m thrilled to be represented by Dorn Music for General Management.
For years Tanja Dorn has been one of the top names in the world of Classical Music Management and I feel honored that she and her team will speak up with me for the organ as the wonderful concert instrument that it is.
Here’s to a wonderful collaboration and many more beautiful concerts to come.’ (Christian Schmitt)

His discography comprises around 35 solo recordings for various prestigious labels. The CD on the label Deutsche Grammophon together with Magdalena Kožená, released in 2014, was greatly acclaimed by critic and audience. Christian Schmitt’s recording of Widor’s organ symphonies was awarded with an ECHO Klassik award in 2013. His latest Album together with Deutsche Radio Philharmonie Saarbrücken Kaiserslautern under Martin Haselböck was released in July 2016 by cpo and features works by Joseph Jongen.

His upcoming performances include, among others, a concert at the newly opened Elbphilharmonie Hamburg with Philharmonic State Orchestra Hamburg and Kent Nagano and at Cologne Philharmonic Hall with Bamberg Symphony Orchestra under Jakub Hrůša, where he will perform the world premier of Toshio Hosokawa’s organ concerto.

“We were instantly taken by Christian’s personality, his elegance and sophistication, his humanity, his musicality and his outstanding technical skills and we’re very much looking forward to working on many exciting projects with him in the future.” (Dorn Music)