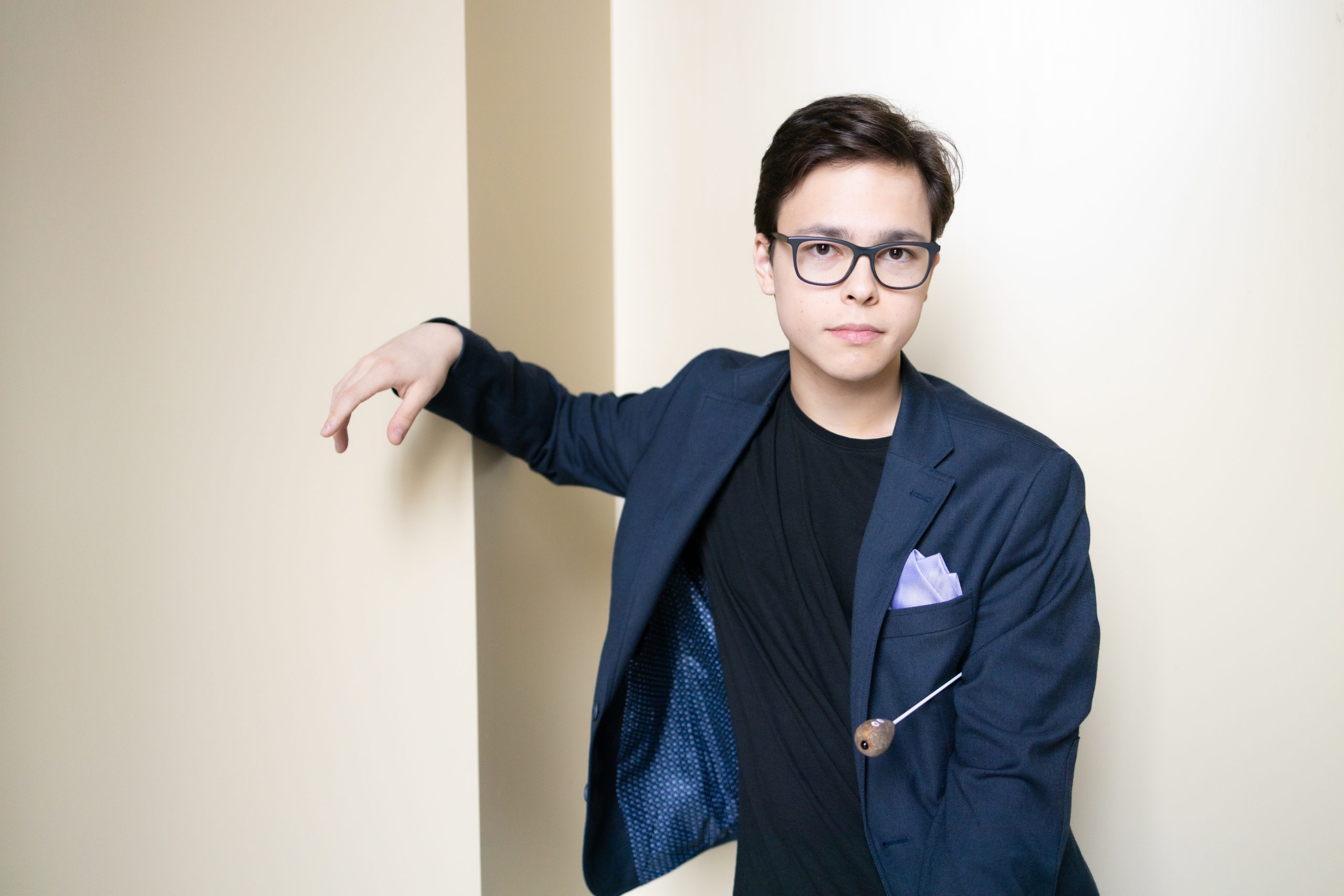 In June 2021, Finnish Conductor Tarmo Peltokoski was fortunate to make his acclaimed German debut with The Deutsche Kammerphilharmonie Bremen. The soloist mastery, curiosity and passion for detail of every one of the orchestra’s members created the perfect circumstances for this debut, making the concerts a resounding success which led to a series of immediate reinvitations.

In the 21/22 season, the 21-year-old conductor will make his Berlin debut with the orchestra of the Komische Oper. Peltokoski will also conduct his first complete Ring Cycle at the Eurajoki Bel Canto Festival. In the next seasons he will make major conducting debuts at the Rheingau Musik Festival, Schleswig-Holstein Musik Festival, the Kölner Philharmonie and the Elbphilharmonie Hamburg. Last season he debuted with the Finnish Radio Symphony Orchestra, Helsinki Philharmonic, Tapiola Sinfonietta, Sinfonia Lahti and the orchestra of the Finnish National Opera.

Peltokoski began his studies with professor emeritus Jorma Panula at the age of 14. Currently studying with Sakari Oramo at the Sibelius Academy, Peltokoski has also been taught by Hannu Lintu and Jukka-Pekka Saraste.

His piano playing has been awarded distinctions at numerous competitions. He has appeared as a soloist with all major Finnish orchestras including the Finnish Radio Symphony, the Helsinki and Tampere Philharmonic, and Oulu Symphony. He has performed recitals and chamber music at the Turku and Mikkeli festivals.

In 2018, Peltokoski was named Young Musician of the Year by the Pro Musica Foundation.

In addition to his conducting and piano studies, he has also studied composing and arranging, and especially enjoys music comedy and improvisation.