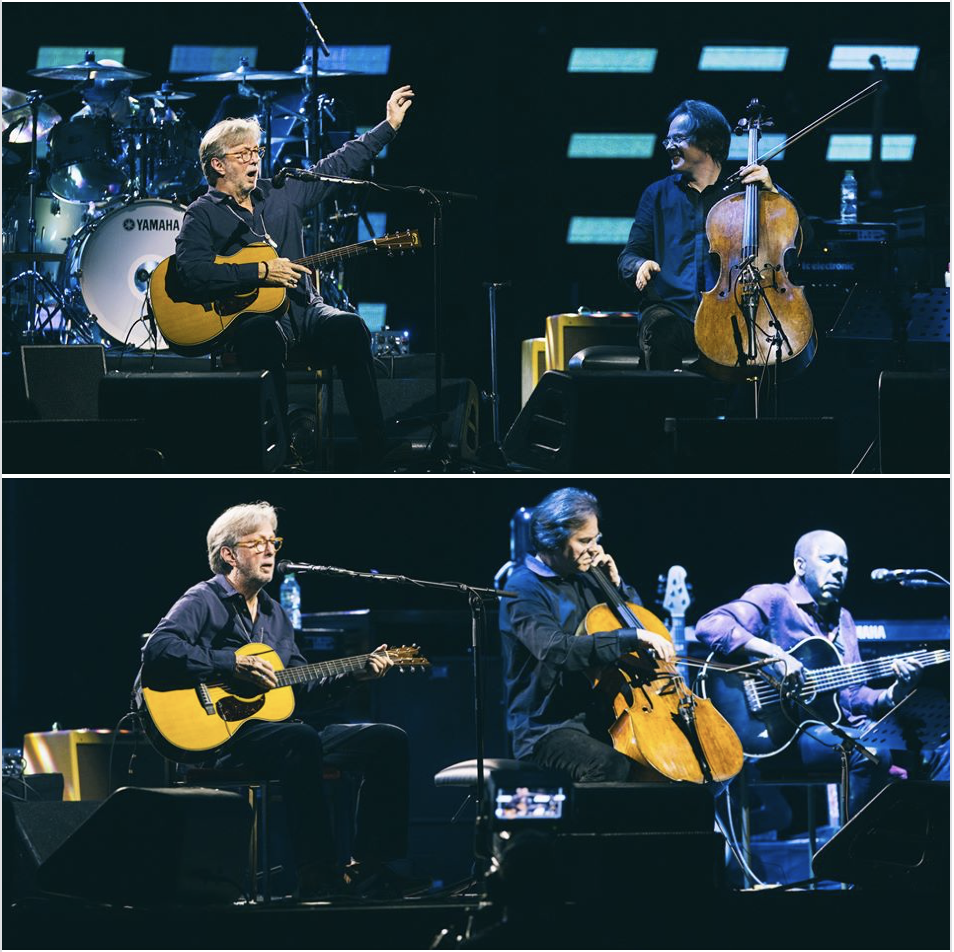 Jan Vogler joined legendary guitarist and performer Eric Clapton on stage at the Dresdner Messe for the final, sold out performance of the 2019 Dresden Music Festival on Monday, June 10, 2019. Both performances were enthusiastically received by the 4000 audience members in Dresden. It was the concluding performance on a tour of Austria and Germany for Clapton, but the first time he was joined by renowned ‘cellist Jan Vogler for the first half of his set.
For Vogler, the concluding performance showed the growth of the festival since he took over the post of artistic director. In an interview with Dresden’s “Freie Presse” he called the festival “all grown up.” With adventurous programming, a thrilling project for Young Artists, and nearly 58,000 visitors to Dresden for the festival this year, Vogler’s ability to attract an artist like Clapton has been an important marker of the Dresden Music Festival’s success.