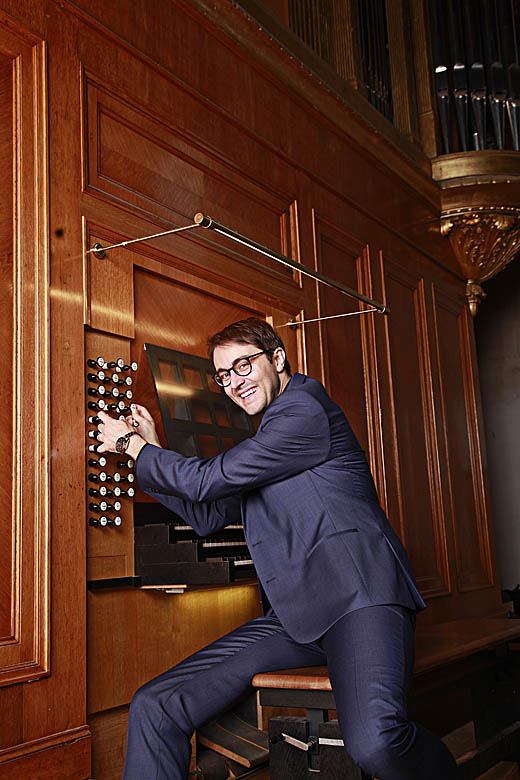 Between 2010 and 2012, organist Christian Schmitt worked in close collaboration with Martin Haselböck as consultant for the project lead by the Berliner Philharmoniker Foundation for the renovation of their pipe organ. Since, he has been a sought after consultant by many of the world’s leading venues. He was the lead consultant for the Stavanger (Norway) and Berlin installations of a new electric console. He currently serves as consultant for the Tonhalle Zurich where they are constructing a new organ, for the KKL in Luzern as a committee member for a new stage console, as head of the consulting team for the Nürnberg organ project, and as chair committee member for the construction of a concert hall in Brno. He has consulted for both Radio France in Paris and the Trondheim Cathedral in Norway for their recent organ projects. His extensive experience in playing in and with orchestras –as soloist and as member of the ensemble- and his work as international recitalist, help him to specify the individual needs for each unique instrument.

In Christian Schmitt’s own words:

“Set free from all liturgical functions, the concert hall organ must meet various artistic demands: it stands as a solo instrument, but must also be apt to play with choir and orchestra, both in concert and while accompanying both voices and instruments.“

For the construction or renovation of a concert hall, Schmitt works closely with the architects, acousticians, and he adds: “A pipe organ as built-in element of a concert hall exerts considerable influence on its acoustics.”