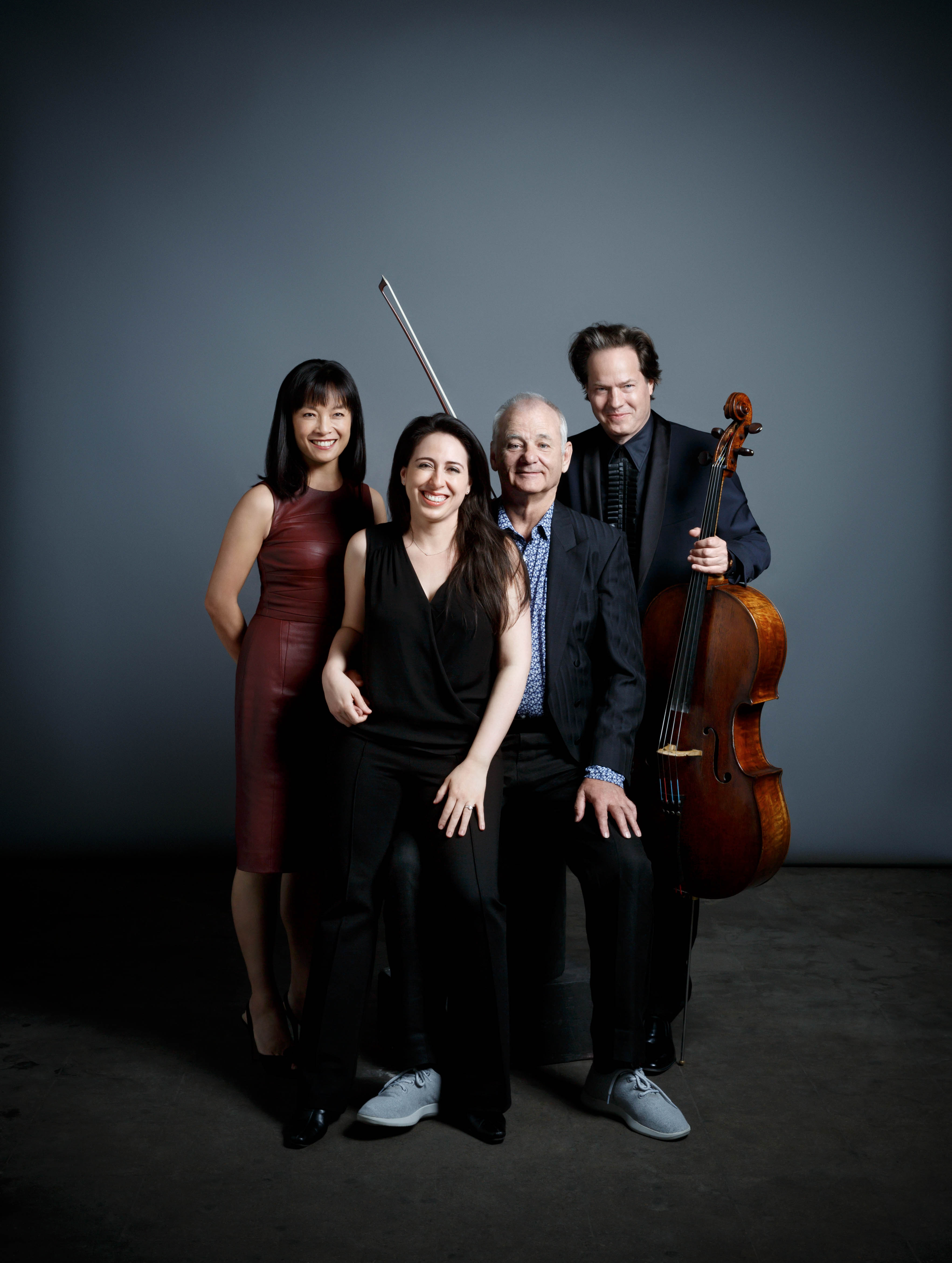 Among the many wonderful press reviews Bill Murray, Jan Vogler, Mira Wang and Vanessa Perez got for the April USA tour, two from Houston are especially readable:

Craig Hlavaty wrote for Houston Chronicle on April 17: “With the “New Worlds” project Murray, Vogler, Wang and Perez are re-imagining humanity’s collective pop-culture memory, mashing up Hemingway, Bach, Schubert and James Fennimore Cooper in a manic way that pulls each into the turbulent second decade of the 21st century.”

“The movie star’s vanity side rock band or pretentious music project has become something of a cliched joke over the decades, but leave it to national sardonic treasure Bill Murray to take that joke and turn it into an original and marvelous new kind of performance art.