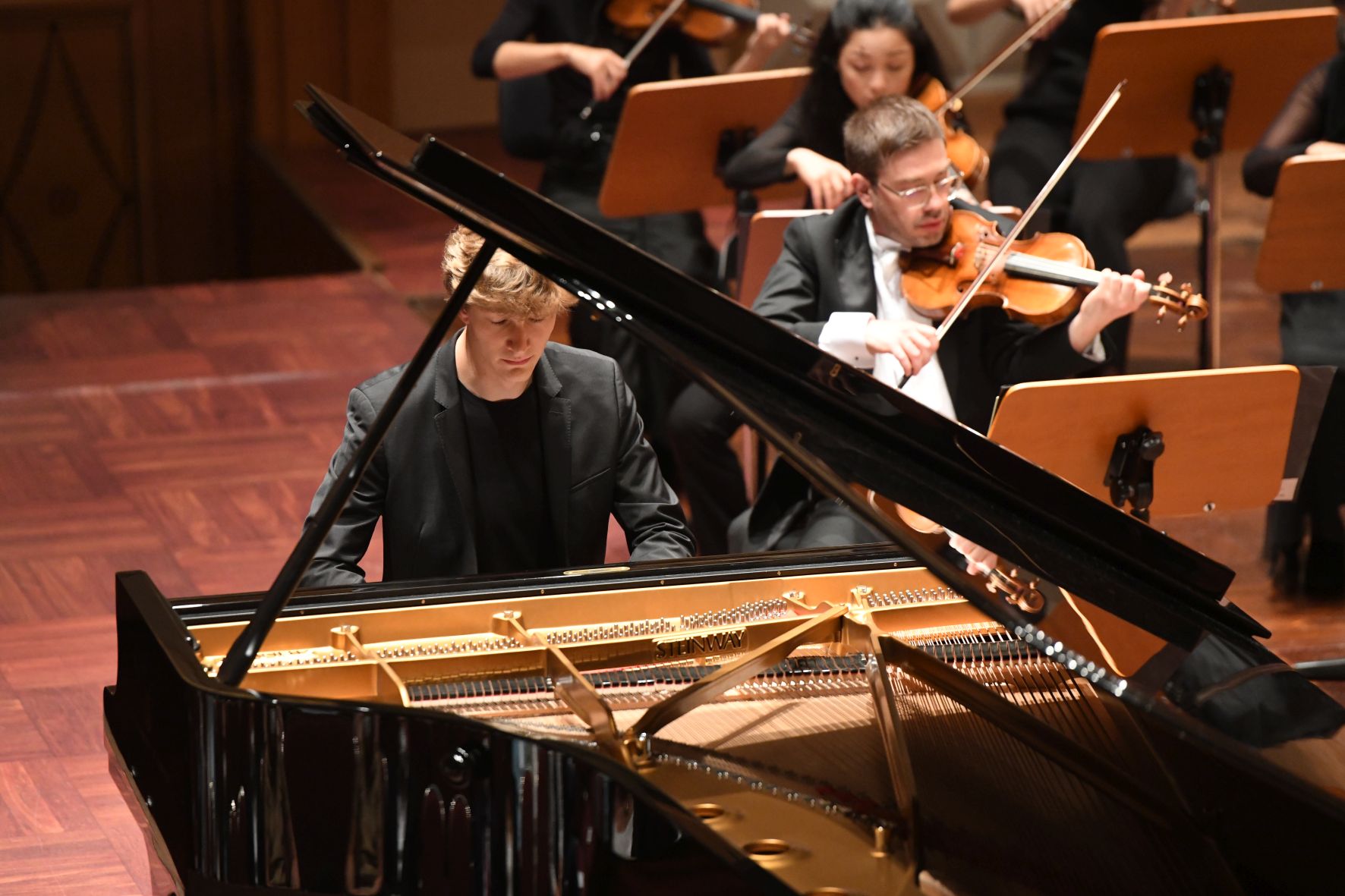 At the end of June, on the eightieth anniversary of Nazi Germany’s invasion of the Soviet Union, Valery Gergiev conducted the final concert of the Russian-German Music Academy with Jan Lisiecki performing Ludwig van Beethoven’s Third Piano Concerto. The Frankfurter Allgemeine Zeitung wrote: „Lisiecki illustrates leaps in thought and changes of perspective through quicksilver changes in touch and lighting, which at the same time always explain the inner structure of the piece.”

At short notice, Jan Lisiecki played with the Camerata Salzburg both at the Schleswig-Holstein Musik-Festival and the Rheingau Musik Festival.

The Hamburger Abendblatt reviewed Lisiecki’s performance of Mozarts Piano Concerto in D Minor for the opening of the Schleswig Holstein Musik-Festival: “Jan Lisiecki lives his interpretation of Mozart, respectfully and far beyond all showy displays of technique; and sensitively without ever becoming sentimental.”

“Lisiecki achieved immense musical intensity. Even in those passages that are little more than a grim and brooding murmur from the piano, his characteristically clear, sometimes slightly harsh touch shone through, always expertly combining definition and agility”, wrote the Wiesbadener Kurier.

The Kieler Nachrichten called him “a young hero of the piano.”

Musenblätter reported on Lisiecki’s piano recital at the Anneliese Brost Musikforum in Bochum as part of the Klavier Festival Ruhr, where he set a festival record with eleven performances in six years, calling him ” a powerful and delicate master of the piano”.

“With his sensitivity and refined touch, he bathed in the pure beauty of the piece”, reads the WAZ review on the same recital.

The KulturVision review of the recital performances at Musikfest Kreuth reads reads: “Pure, simple elegant and deeply emotional… delicate, tender, with an ethereal lightness… The audience did not let him leave without performing two encores, even though this was his second concert of the day.“