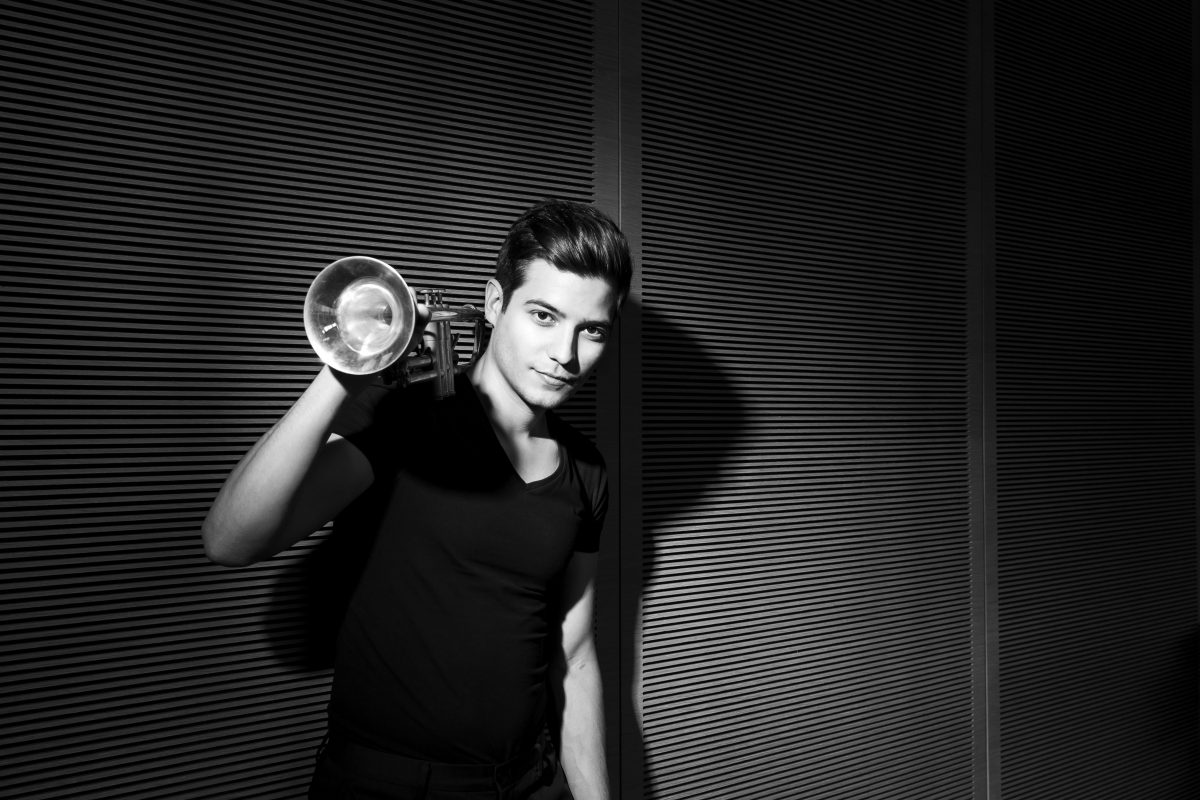 Trumpet player Tamás Pálfalvi made his Aspen debut with two performances this summer. He performed Antonio Vivaldi’s Double Concerto in G minor for two violoncellos on the Flugelhorn together with Stuart Stephenson and the Aspen Chamber Symphony under the baton of Nicholas McGegan, and he was heard playing the Corno da Caccia in J. S. Bach’s Brandenburg Concerto No. 2 in F major, BWV 1047.

„[…] but the surprise hit was a Vivaldi concerto originally for two cellos, here played by two flugelhorns. The Vivaldi was in McGegan’s wheelhouse. […] although the orchestra’s role in this concerto mostly supports the soloists with springy rhythms and appropriate harmonies, he laid the foundation for brilliant playing from Hungarian trumpet virtuoso Tamás Pálfalvi and the Atlanta Symphony’s principal trumpet Stuart Stephenson. Hearing this music with a brass instrument’s clarity and articulation was a revelation. Staccato passages lifted off the page with extra zip, and the mellow tone of the flugelhorn — the same range as a trumpet, but with a darker texture — gave the softer, legato moments real presence.“